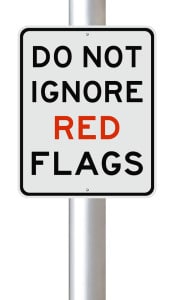 QROPS and SIPPS on IFA Websites

I saw an interesting conversation on Twitter about what should not be on an IFA’s website, leading me to look at QROPS and SIPPs on IFA websites. After a search, this resulted, almost exclusively, in my looking at company websites based outside of the UK (although often misleadingly giving UK telephone numbers as their contact).

On the list of what not to include about QROPS and SIPPs on IFA websites were;  no news feeds (Does anyone even read them?), testimonials(we all know many are faked) and links to investment and pension product providers (including their corporate logos).

QROPS and SIPPS on IFA Websites

A cursory look at the websites promoting QROPS and SIPPs, showed they are not IFA websites at all. They are sales tools or sales guidance made by firms claiming to be IFAs, but with no recognized UK presence (other than those UK telephone numbers through Skype or Vonage). Many do indeed  show a limited list of insurance, pension and investment firms they work with.

I found two other sites,  other than one of our own, that provide critical and objective reviews – none of these three websites were making recommendations, and none were suggesting that business should be placed through the companies mentioned (indeed quite the opposite as the critical review sometimes indicated that there are better alternatives)

However, outside of these 3, all the others appeared to be using the product provider logos as reasons to use them as advisers, like a stamp of authority or approval.

In the UK, the term IFA – independent financial adviser – has to be approved by the compliance officer and declared as meeting the standard of whole of market, otherwise firms cannot use the title independent. Firms in the UK are happy to follow this principle and many, including giants such as St James Place, call themselves limited rather than independent advisers.

No such distinction is legally recognised outside the UK. So I agree with the Twitter comments, listing companies that provide products for QROPS and SIPPs on IFA websites does not show independence- quite the opposite.

Perhaps these non-IFAs think that the addition of a well-known pension, insurance or investment company on a website gives them additional credibility? Looking at the content of these websites, and  the inclusion of product provider logos on the front page or “contact page”, is a red flag for me. These same websites often invite people to transfer  pensions without knowing client circumstances, there are no fees indicated, and often no information about who actually is behind the websites.

I found one website claiming that it was an award winner, having a print of an award logo that was actually that of another unconnected company in the UK (nothing to do with them). Another  fabricated an address in the UK, suggesting that their advisers were based there (a quick search through the FCA register showed no individuals with qualifications or based in the UK for more than 30 days a year providing regulated advice).

Companies outside of the UK pay commission to the firms that sell their products as they did within the UK in the past (but no longer). They also offer “soft” inducements such as golf days, long / short breaks and other gifts that in the UK are now deemed a conflict of interest and must be declared on a register.

The real question is – what should be on QROPS and SIPPs IFA websites?

There are some shocking adverts for QROPS and SIPPs on IFA websites and due diligence is the key to potential clients not being parted from a large part of their retirement provision. The due diligence is easy to do, without even contacting the website. When you do make contact, do not send paperwork “quickly” to another country that is not cited on the website. If  you are told that there is only a 1% pa charge for investments , then big red warning flags should go up- Some hefty commission is being taken.

This article was published on 18th July 2017