Some of our recent press coverage – click on a publication: 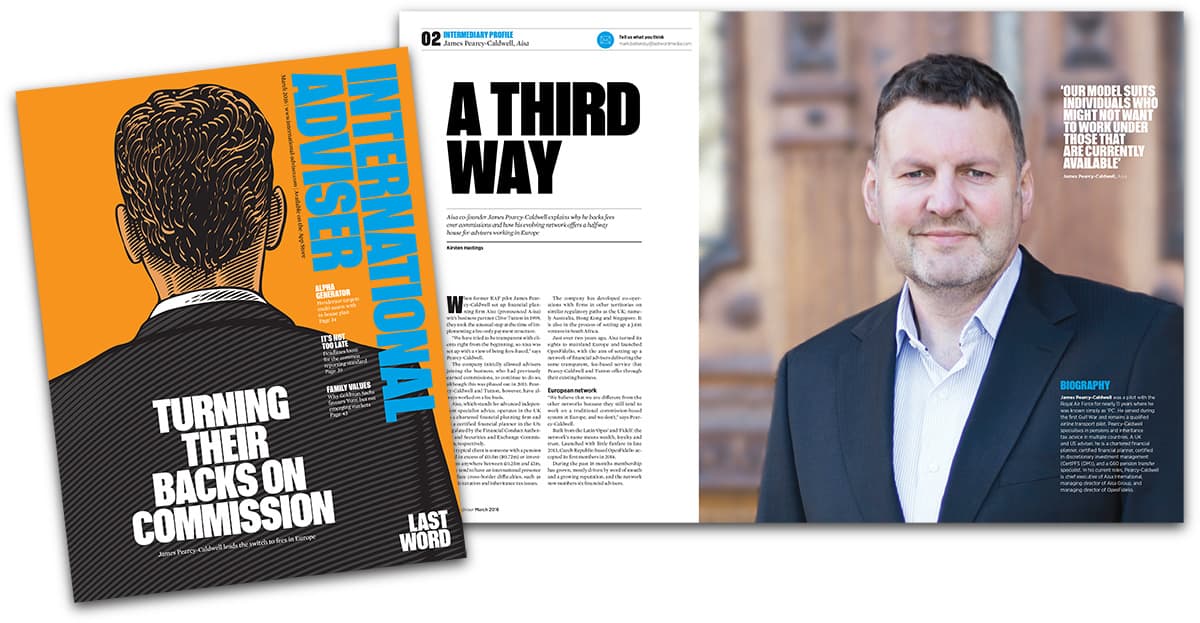 A third way: Turning their backs on commission James Pearcy-Caldwell, co-founder Aisa, explains why he backs fees over commissions and how his evolving network offers a halfway house for advisers working in Europe.

“We have tried to be transparent with clients right from the beginning, so Aisa was set up with a view of being fees-based,” says Pearcy-Caldwell.

The company initially allowed advisers joining the business, who had previously earned commissions, to continue to do so; although this was phased out in 2011. Pearcy-Caldwell and Tutton, however, have always worked on a fee basis.

Aisa, which stands for advanced independent specialist advice, operates in the UK as a chartered financial planning firm and as a certified financial planner in the US; regulated by the Financial Conduct Authority and Securities and Exchange Commission, respectively… 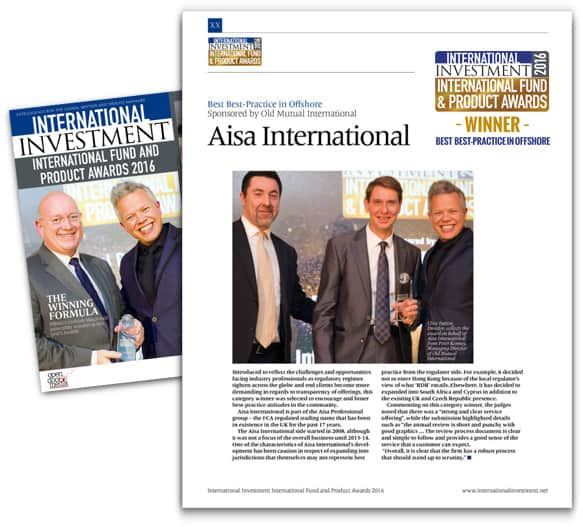 Introduced to reflect the challenges and opportunities facing industry professionals as regulatory regimes tighten across the globe and end clients become more demanding in regards to transparency of offerings, this category winner was selected to encourage and foster best-practice attitudes in the community.

Watch Geordie Bulmer talking about winning this award here. Then read the full article by clicking on the link below, you’ll find us on page 6.

UK-headquartered financial planning firm Aisa Group has opened its seventh office. The group has had clients in Cyprus for several years, and describes the opening of the office in Paphos as “another landmark”…

There is the adage that a customer is always right; but, when it comes to financial services, the professional firm is likely to understand and identify the real problem faster than any retail client, writes James Pearcy-Caldwell…

The naked truth about MiFID II

The realities of Mifid II are beginning to dawn as advisers across Europe start to realise that commission transparency will be led by product providers, which could leave them feeling a bit exposed, says Shane Wood, business… 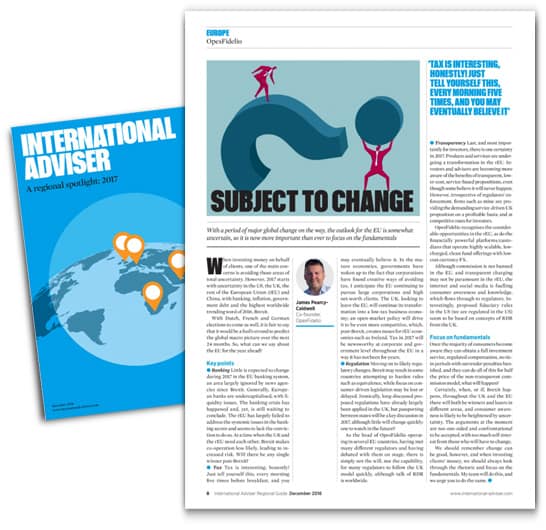 When investing money on behalf of clients, one of the main concerns is avoiding areas of uncertainty. However, 2017 starts with uncertainty and the US, the UK, the rest of the European Union (rEU) and China, with banking, inflation, government debt and the highest worldwide trending word of 2016 Brexit.

Driving advice in Europe from sales to profession

Back to basics: life insurance key part of financial planning

Hurricane of legislation to hit advisers

A hurricane of difficult regulation is to going hit the European financial advice industry, and for some companies and countries it is already too late…

In the second of our series of insights from financial advisers across the world, James Pearcy-Caldwell, co-founder of financial planning firm Aisa, sets out three initiatives he is taking to…

What is the future for QROPS advice?

James Caldwell of the UK advisory firm Aisa Professional and Christopher Lean of Opes Fidelio Aisa’s global network arm look at what the Budget changes will mean for QROPS. In a sentence or two…

The Czech Republic’s trust law is just 23 days old today but already wealth managers there and elsewhere are keen to learn more about it. Here five Czech based experts who were involved…

Revealed: All the winners at the 2017 Retirement Planner Awards 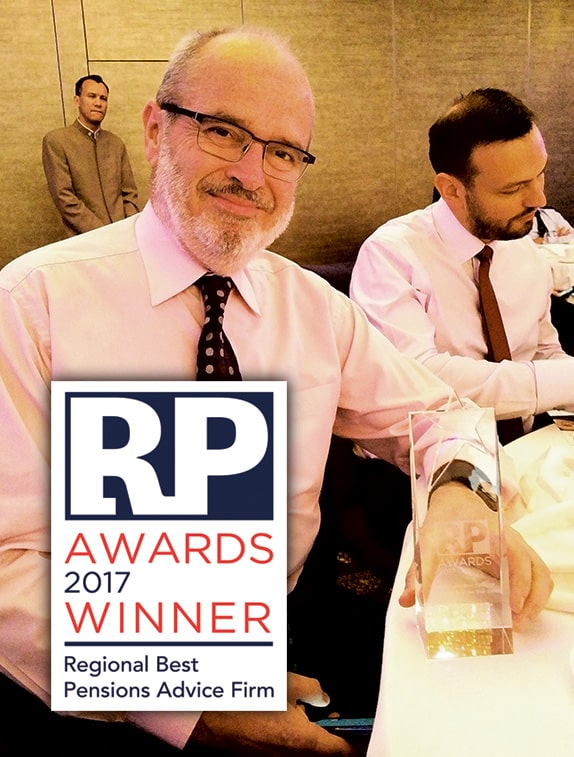 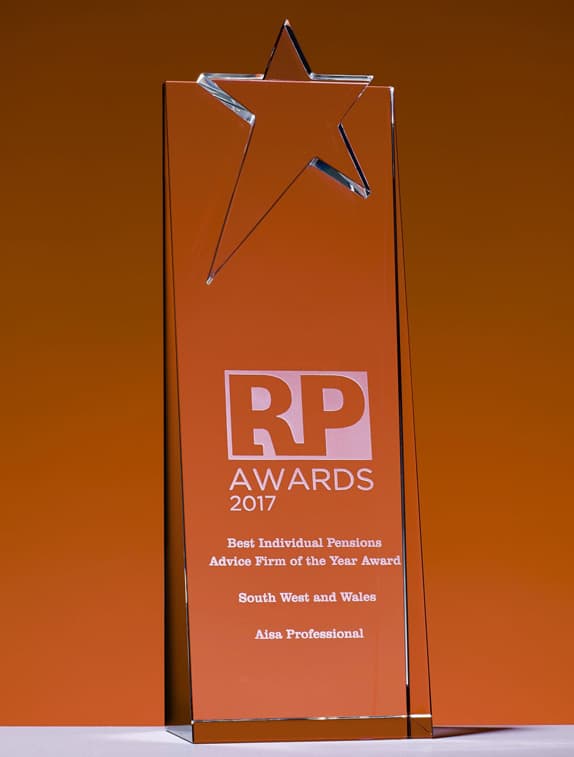 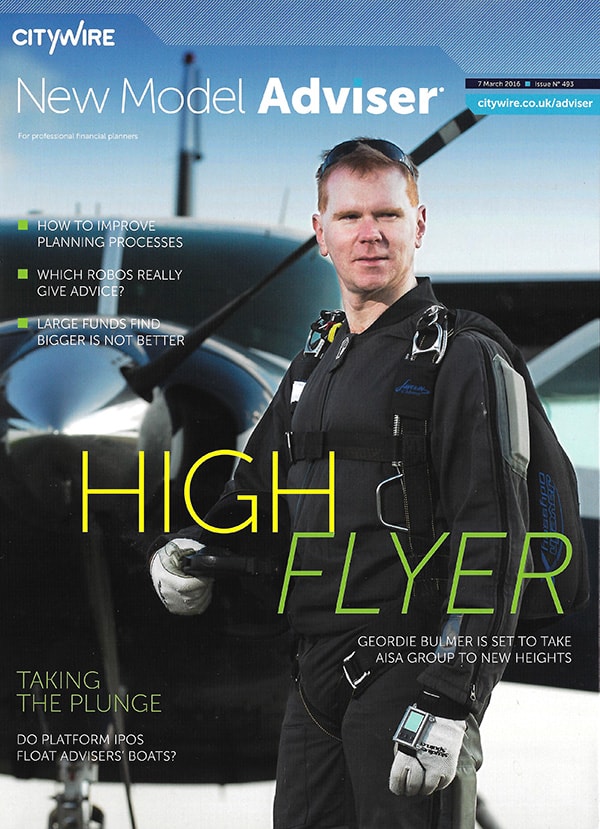 The sky is the limit for adviser and competitive skydiver Geordie Bulmer who, having worked under the wing of Wiltshire-based Aisa’s chief executive James Pearcy-Caldwell, is preparing to launch his own retirement planning business. Bulmer joined the group in 2009 and rose quickly…

Aisa Professional’s Geordie Bulmer mixes investment vehicles to maximise tax efficiency. Every client has different assets and objectives, which can change depending on circumstances…

Tim Searle, chairman of Globaleye, said his firm gives the most up to date information it can and added “with the fluidity of Qrops/Qnups it is easy to get out of date”. He made these comments…

Diary of an adviser: Geordie Bulmer of Aisa Professional

By Geordie Bulmer
Published 1 May 2013

Monday. Afternoon included a meeting with a pension consultant where I explained my strategy for auto enrolment. We are setting up a new venture called Aisa Corporate Benefits…

Geordie Bulmer is the UK winner in the Inheritance Tax Planning Adviser of the Year category in Finance Monthly’s 2018 Taxation Awards. We caught up with him this month to hear about his win and his work within inheritance tax planning.

Which safe haven assets are worth their weight in gold?

Stock markets in the developed world have been on a winning streak for more than 100 months – far longer than the average bull run of 64 months. The S&P 500 has risen nearly 350 per cent…

Isas versus Sipps: which is best over 40 years?

When it comes to drawing an income in retirement, there is one stark diff erence between an Isa and a Sipp: withdrawals from an Isa are tax-free, while only 25 per cent of your pension…

By James Pearcy-Caldwell
Published 8 May 2014

Gavin and Ruth, both aged 53, moved out of the UK on the 15 April 2010 to Cyprus, where they have lived in rented accommodation since. They return occasionally to the UK, but no longer… 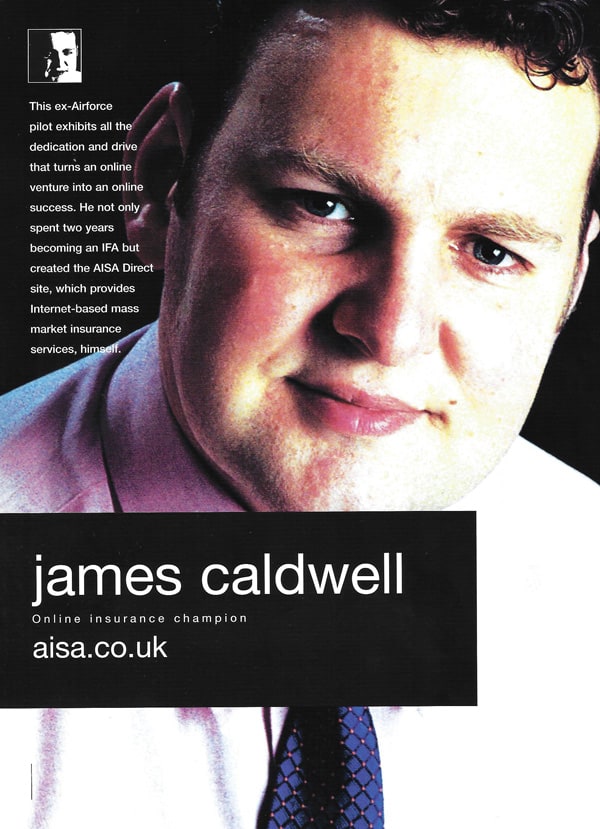 This ex-Airforce pilot exhibits all the dedication and drive that turns an online venture into an online success. He not only spent two years becoming an IFA, but created the AISA Direct site, which provides internet-based mass market insurance services himself.

If you thought the world of financial services was boring, think again…

TailorMade aim to challenge the status quo by optimising returns through transparency and intelligent investing, allowing our satisfied clients’ to enjoy a comfortable journey to their investment goals. Comfortable because we ensure that investment risk is aligned with clients’ aspirations. We know that if you are satisfied with the risk strategy on your investment, then it allows you to spend more time on other things in your life.

We deliver greater returns by giving you the best options of SIPP’s, QROPS or pensions to consider. We ensure you minimise potential death taxes and relaxed, knowing we will not use investment bonds purely because it pays commission as we offer transparent fees on all of the options available to you.