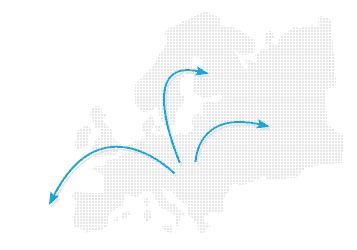 is often overlooked or marginalised to simple statements like “save UK income tax by transferring your pension” or “avoid 40% inheritance tax”. This is often nonsense as UK domiciled expat taxes are a lot more complex and should be considering Double Tax Agreements (DTA). For example, higher 45% or 55% tax rates often never apply to most people! Perhaps UK expat tax advice should only be considered by Chartered Accountants or International firms who have researched Double Tax Treaties, and understand them. In avoiding tax which may not even apply, you end up paying another unnecessary tax or have added tax reporting, or in a worse case have tax penalties!

UK pensions transferred out of the UK to third countries could generate a tax charge on transfer. For example, British pensions are taxed on access in countries like Spain or France, even on the supposedly Tax-Free element (it is not tax free). British pensions in the USA are subject to the Double Tax Treaty. If you want to find out information on Inheritance, or Personal income tax rates are flat rate or Progressive tax rates are applied then you can get some guidelines from this tax overview by region section.
TAX OVERVIEW BY REGION ›

Unfortunately, it is a common misconception that when you leave the UK and become resident in another country your liability to UK Inheritance tax ends. Often people believe that on the day after they have “sold up” and moved away, even going to such lengths as having foreign wills suggesting their ashes remain abroad, that all liabilities cease. They are wrong, and we offer a solution through our award-winning inheritance tax planning.
INHERITANCE TAX PLANNING ›

The pension reforms in April 2015 led to the starting gun being fired on people accessing their pension funds to pay off debts, buy new assets or just invest elsewhere. Many of people tried accessing funds without realising the pension tax implications, and potentially ended up regretting that decision. Overseas, widespread promotion of certain QROPS territories, such as Malta, overshadows the fact that some countries (for example Switzerland) offer a fantastic opportunity. Expat pension tax advice is essential.
EXPAT PENSION TAX ADVICE ›

Our expat Investments & Taxation Blogs have been carefully written to help you understand tax matters and investment advice from around the world. We sometimes touch on the controversial, but always make you think. Do you want to be like everyone else? If not, then read on!
EXPAT TAX & INVESTMENTS BLOG ›