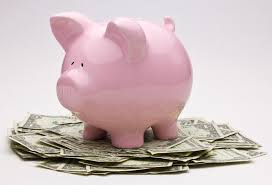 Expat investors are often given investment advice by offshore firms that are regulated. But, they  are only regulated to give advice on insurance products and not investment advice and most peope do not understand the difference.

So, let’s try and put this into a story that should help explain what is regulated investment advice and let’s talk about a piggy bank.

John buys an expensive piggy bank and puts all his savings into it and asks Sam to look after it for him. Sam agrees to give the investment advice for the money in the piggy bank.

John thinks he has a bargain as he did not pay a penny to Sam, but John did not know that this piggy bank costs a lot of money to maintain.

After a couple of years, John starts to worry about the investment advice he is getting from Sam.  The running costs of the piggy bank and poor performance are reducing his money. Sam is not answering his calls or emails.

John feels badly let down by the piggy bank manufacturer and contacts the Federation of Piggy Bank Manufacturers and Distributors (PigBMad) who give out licenses for the manufacture and distribution of piggy banks.

John claims, as they gave out licenses, that they are responsible for his losses and poor investment advice. The Federation sympathises with John but the fact is the piggy bank was sold as a piggy bank to hold money and that is what it did. They cannot help him.

John has had enough and so he tries to get his money out of the piggy bank, but he did not read the instructions when he bought it. There is an expensive key that he must buy if he wants his money back in the first 5 to 8 years (depending upon model). This adds insult to injury as Sam (who is long gone by now) never explained this to him.

This is fiction but:

Instead of piggy bank manufacturer, use the word – Offshore Insurance Company

Instead of PigBMad license, use the words: Insurance Median Directive (IMD)

“To give advice to clients on an insurance-based product, then you will generally need to make sure that you have the right to passport under the IMD.

Activities that fall under the IMD are: