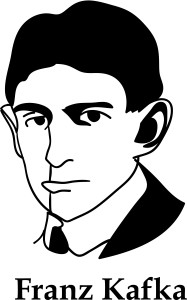 Expat Investment Advice- Do expat investors know when they haven’t had advice?

This not the case under the regulations.

I was looking at a case where the client was poorly advised and complained to the insurance company after finding out, too late, that the adviser’s IMD licence did not cover investment advice. The client said that the insurance firm should not have taken business from an unregulated investment firm.

Surely, the client was on firm footing with this complaint?

The client got a response ( redacted )

“….you appointed xxxxxxxx to act as Fund Advisor in respect of the Policy. In the Appointment of Fund Advisor form, dated xxxxxx and signed by you both and by xxxx( Adviser )  on behalf of xxxxx ( Adviser firm ), you authorised xxxxxx to accept a deal instruction from xxxx without prior consultation with you.”

Note the term Fund Advisor! Does that mean someone that gives advice on investments? No, it would seem, read on….

“….that act of placing deal instructions with xxxxx ( Insurance company ) on your behalf as policyholder is clearly an act falling within scope of insurance mediation under the relevant law and not the act itself of giving “investment advice”

Expat Investment Advice- Do expat investors know when they haven’t had advice?

The client thought he was getting investment advice but the end of the redacted letter made it clear that that was not the case. By signing the Fund Advisor Appointment Form the client had inadvertently become the investment adviser as shown in the redacted comment. The insurance company claimed that the  law only covers the placing of the deals, and not the advice, and by signing the form…

“…….you agreed that you would remain solely responsible for all consequences that are as a result of any transaction by your fund advisor.“

The insurance company, in the dismissal of the complaint, still refers to the Fund Advisor even though the insurance salesmen was nothing of the sort.

If an expat is recommended an insurance wrapper for an investments ( and there are cases when this can be justified ) make sure the adviser firm has both an IMD licence (or non-EU equivalent) and an investment licence or you will end up being the investment adviser yourself- without even being aware of it- with no abilty to complain and no assistance from the local regulator.

( NB- I use the word Adviser, but the firm in the text uses Advisor )

This article was published on 18th April 2017