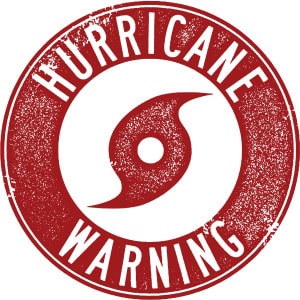 The SEC has reached a settlement with a company advising US residents with British Pension schemes to transfer to QROPS in Malta, as they are alleged to have hidden, from clients, commission payments that they received from providers like RL360 into connected organisations outside the USA.

If you have a QROPS, or have moved your pension to Malta, then you could be affected.

More recently, if you have been told to transfer a Defined Benefit (final salary) pension into a QROPS or a SIPP, you may not have received best advice and you may still be paying hidden charges.

British pension advice in the USA has been monopolised in recent years by LinkedIn marketing leading to mass transfers of British pensions into insurance bonds, dressed up as an investment platform, usually utilising RL360 insurance bonds within a QROPS in Malta! There are several companies that have been providing this type of advice.

US residents with British pension- Not Best Advice!

Well, not only do we believe this is not best advice, but it turns out that advisers have not been declaring their commissions from the insurance bonds to clients. Instead, getting the commission paid to other third parties.

What has been going on?

Commissions are payments made by the insurance bond provider usually to the salesman/advice company. However, it would appear that these payments are not directly going to the salesman/advice firm but are actually received by third parties; often, connected third parties outside the USA. The end result is that the overall “group” get paid, but they don’t declare payment of commission to the clients.

Recently, the SEC has just reached a settlement with one company called DeVere of $8 million dollars, and is looking to prosecute other individuals, and it has only just started- it would appear.

What has the SEC said?

The SEC has expressed concern that advisers are operating in such a way that third party (often associated) companies outside the USA are being paid as a direct result of advice from advisers offering predominantly British pension advice in the USA. The payments to the third parties are often being misrepresented and are in fact commissions from insurance bond companies such as RL360 in the Isle of Man, whose products are being placed inside the QROPS, and more recently SIPPs.

Our generic advice to prospective investors that are offered insurance bonds, such as RL360 offshore insurance bonds, is to seek 0% commission terms ( and 0% marketing – often called soft commissions ). This makes an insurance bond far more attractive, and reduces costs in the first 5-10 years depending on the contract, thus leading to the prospect of keeping more of the investment returns. RL360 offer a very competitive product in this instance.

What have TailorMade Pensions been saying for years?

We have repeatedly made the point to US residents with British pension schemes, either as an expat or US national, that a British pension should not be moved to a third country such as Malta or Gibraltar.

We are one of the fastest growing adviser organisations in Europe and the USA, and we specialise in British pensions and cross-border advice. We have a rapidly expanding satisfied client bank as we have been consistently praised by independent industry professionals for our pensions and investment advice over the last 9 years – winners of both individual pension SIPP advice as well as best UK advice pension company and investment awards, as well as rated the best service company worldwide; 7 different organizations and over 200 judges (to date) have rated us as the best. We are also UK Chartered Financial Planners and Certified Financial Planner qualified in the USA.

Come and talk to us if you have a QROPS in Malta and you need an independent review.

We have campaigned to all readers of our sites that adviser fees must be transparent and disclosed. This would include any commissions paid to the adviser or connected parties (conflict of interest), something not allowed by the SEC or the FCA for those taking British pension advice in the USA.

Transparency for British pension advice in the USA should be the same as in any other highly regulated jurisdiction. We have covered this here.

We understand that individuals who worked for the company that reached a settlement with the SEC, DeVere, have transferred to other firms in the USA that are also providing British pensions advice; two of their previous advisers now face legal action Benjamin Alderson, now CEO of Touchstone Advisory Limited and Bradley Hamilton, now Chief Compliance Officer and adviser for Blacktower Financial Management ( US ) LLC .

On a more general note, not naming a specific company, we have seen evidence that advisers have swapped selling a QROPS from Malta, to a “International SIPP” or “SIPP – Self Invested Personal Pension” that in some cases have ownership with connected parties! However, clients are still being recommended Insurance Bond products within even a SIPP.

Other firms are now moving into the USA. According to International Investment’s Helen Burggraf, four months after DeVere’s Miami office was shut Guardian Wealth Management have opened for business. International Investment state that a GWM spokesperson confirmed, “Nathan Tarr, who has been named to head up the new GWM Miami operation – which initially will consist of a team of seven – is one of several GWM Miami staffers who previously were with the deVere operation”. This was also covered by International Adviser.

Do your Due Diligence

Those US residents with British pension plans or QROPS (UK expats in the USA or US citizens) really do need to do their due diligence on their pensions adviser and use Google effectively to find as much as possible about the history of the advice firm. the individual salesman, and the owners of the advice firm. Many names found on the internet can in some way be connected with news stories from around the world; stories about fines, “reached settlements”, gone through court actions or been shut down in various countries throughout the world. You have been warned, so do your own research.

We wish to make it clear that there is no suggestion of any wrongdoing by any of the offshore insurance bond providers, they have merely offered their products for sale by financial advisers.

If you care about your retirement, then come and talk to one of the fastest growing and highest rated advisers specialising in this area; us! You can come and have a confidential discussion with us if you have a QROPS in Malta and you need an independent review.

End: SEC reaches a settlement with company advising US residents with British Pensions

This article was published on 19th June 2018