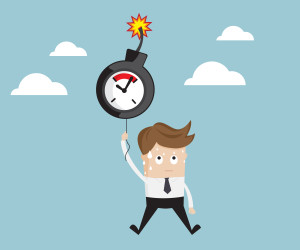 This is a warning about the use of QROPS in Spain which have been a significant focus of overseas expat advisers known as IFAs. Given the large numbers of UK expats that work and have retired in Spain with British pensions those with a QROPS in Spain are not heeding warnings about the unnecessary use of investment bonds (insurance bonds) and the tax implications of such investment bonds in QROPS.

Residents in Spain should be aware of the Modelo 720 declaration

Modelo 720 requires each tax resident to report, on an annual basis, assets, in various categories including investments, deposits and real estate where the combined value in each category exceeds €50,000.

How does this affect those recommended QROPS in Spain who use investment bonds?

The 720 declaration is not at the moment about paying tax, it is just to inform the Spanish Government what assets foreign residents have outside of Spain.

Investment bonds (insurance bonds) have specific rules and- though there are not actually QROPS in Spain – they are held in places like Malta, Gibraltar, Guernsey and even New Zealand (for no good reason).

A UK registered pension may need to be declared on the 720 before you can access the pension as a result of the new pension freedom rules. If you just draw you pension monthly it will be taxed according to the IRPF (income tax) rules. Please take tax advice.

Those that were sold an insurance bond or an investment bond in a QROPS , when resident in Spain,  do need to declare if the value reaches the €50,000 threshold.

Of those people we have spoken to that were sold QROPS in Spain, with an investment bond or insurance bond, none were even aware of this rule. At no point was this mentioned by the person that recommended the sale of a QROPS in Spain.

On death the fund will be added to any other assets the individual holds and taxed accordingly.

So, what are the consequences?

The Modelo declaration is purely informative and no tax is charged at this time. Although clearly reporting is often put into place for a reason!

The problem is that the failure to file (and many thousands may be affected), late filing or false declarations could result in serious consequences.

The fines range from €10,000 to a maximum of 150% of the value of those undeclared assets. In the latter case, not only wiping out the retirement fund value but possibly putting people into debt.

For a QROPS in Spain is there any advantage of using an investment bond or insurance bond?

No. The investment bond or insurance bond is held in the name of the trustees of the QROPS and has no tax benefits whatsoever – it is just a costly unnecessary add-on, usually sold to earn commission or because the incorrect licences are held by the adviser firms.

Those advised to take out a QROPS in Spain with an insurance bond or investment bond need to take advice about the Modelo 720 declaration .  Tailormade does not recommend insurance bonds or investment bonds within a QROPS for a number of reasons. In Spain there could be a ticking pensions time-bomb. If so-called Tax Efficiency was the reason you were sold the QROPS, one would hope the adviser also referred to your reporting obligations!

This article was published on 5th July 2017