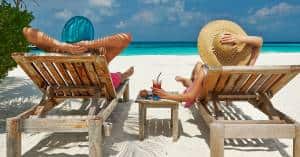 We have referred to this declaration in a previous blog and it would appear, from feedback that we get from residents in Spain, and their accountants, that pensions in Spain may have to be declared depending of the type of pensions they are.

Although a declaration on a Modelo 720 does not in itself trigger a tax charge, if the pension holds investments then there may be a tax on the gains each year- even if the pension is not being taken!

We do not claim to be tax experts and so we refer to the accountants who are, but we get different feedback on this, and so we recommend pensions in Spain should be declared, even if not in payment, and especially if in a QROPS or International SIPP.

We need to look at this from differing perspectives. The Spanish Tax office take the view, according to feedback we have had, that if the pension can be cashed in – which is available to money purchase pensions for anyone over 55- then tax should be paid on an annual basis.

Since Malta has also legislated to allow full encashment from 55, then they would be similarly affected as the UK pensions.

Gibraltar and the Channel Islands were popular jurisdictions for QROPS and Gibraltar and some of the Channel Island QROPS did not provide full access to the funds. On the face of it, that could mean that they would not suffer the same tax. However, given that they are trust based, and Spain does not recognise trusts, they could be treated as non-pension investments and would be taxed anyway. Talk to an accountant in Spain.

As neither of these can be encashed ( There is no current market to allow annuities to be sold and final salary schemes cannot be encashed without first being transferred ) then these will be treated as pensions and tax would only be payable when the income is taken.

If you are tax resident in Spain and have a personal pension (International SIPP, SIPP or any UK money purchase pension) you should speak to your accountant locally for an opinion on what needs to be declared. The same applies if you have transferred to a QROPS.

If you have a final salary pension and you are being advised to transfer it then, again, speak to an accountant before transferring as there is no reverse gear on such a transfer. Moving it to a QROPS could be the worst of all worlds when it comes to tax, although there may be other reasons for requiring a transfer.

This article was republished on 24th April 2019