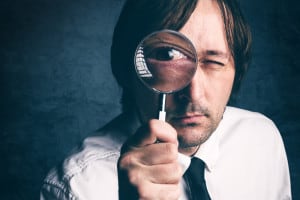 However, if the company name is RL360, OMI, SEB, Generali, Investors Trust, Friends Provident International, then it may be worth checking as they are likely (not always) to actually be insurance bonds under insurance bond legislation.

Why does this matter?

Charges and costs,access and surrender penalties! Are they legal in Spain?

We have just been forwarded an email that uses taxation rules in Spain to justify the sale of insurance bonds in pensions.

We will paraphrase the email to protect the ‘guilty’ whose firm went on to sell many hundreds of insurance bonds in pensions (usually QROPS, although firms are now selling them within International SIPPs ) .

In essence insurance bonds in pensions were justified on the grounds that the QROPS (pension) itself was not providing any tax advantage, it was the insurance bond within. The reason for using insurance bonds in pensions was justified as it allowed the pension holder to make a statement to the Spanish Tax Office that, as the pension was an insurance product, the income was a temporary annuity. It would seem that up to 85% of an annuity is considered as return of capital and therefore only 15% of the income would be taxable in Spain!

Our opinion, given that no such annuity is actually bought, is that this is arguably tax evasion and any statement made to a tax office of this nature could be fraudulent and could leave the pension holder open to fines plus penalties. However, we are not tax advisers and we would always recommend that anyone resident in Spain, who has been sold a QROPS or International SIPP, reviews the advice with another adviser as well as taking local tax advice.

There is also the issue that has been raised by a Spanish lawyer about whether insurance bonds- whether in pensions or not- have been sold illegally in Spain . We understand a case against one of the largest offshore bond providers, and a large insurance intermediary, that marketed these insurance bonds in pensions is being heard in the Malaga Courts.

To make things somewhat more complicated for those that were sold insurance bonds in pensions, who were advised to transfer from final salary pensions, it seems that the Spanish Tax Office treat such transfers as ‘crystallisation’ and, if the pension is fully accessible ( as it would be in Malta QROPS or International SIPP ) then the growth on the funds must be declared and are taxable even prior to an income is to the taken. Again, leaving the investor with a ticking time bomb if the gains have not been declared. It is probably cold-comfort that many may escape this tax charge as they have never made any gains due to the incompetence of the original salespeople and the excessive charges.

This all makes for grim reading. The sale of insurance bonds in pensions has always about one thing and one thing only- hidden and excessive commission for the adviser .

All the while, the salespeople were focused on targets and earning   as much as possible from transfer of UK pensions ( in many cases for no obvious reason or benefit to their clients ) so that there was no consideration about the problems they could be causing investors.

This article was published on 27th August 2019