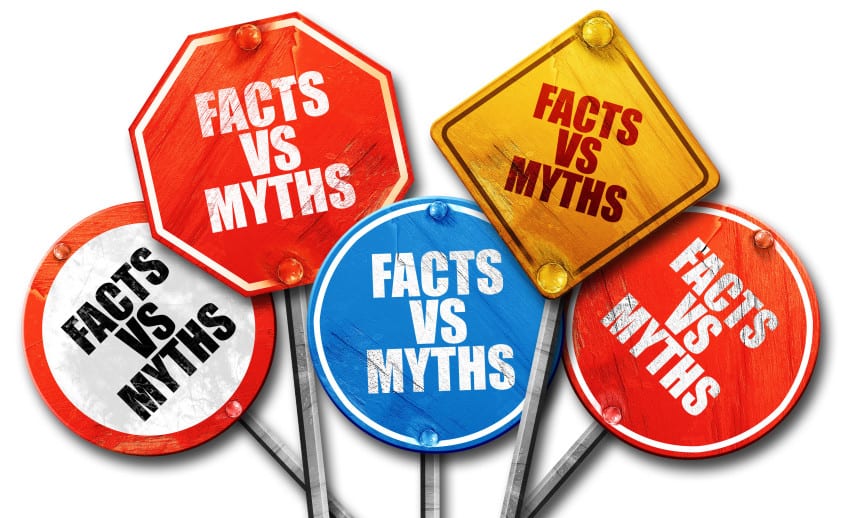 This week we are talking pension deficits – fact or myth? There are lots of websites that target expats encouraging them to transfer their UK pensions offshore. Every week, we will look at the most popular reasons, often cited as 10 Reasons to use a QROPS by overseas websites for moving a UK pension to a QROPS, one by one. How many of these reasons for moving to QROPS are valid?

Very few schemes invested in funds directly should be transferred to a QROPS without a very good reason to transfer, and “pension deficits” is not one of them. Money Purchase Schemes are invested funds, not final salary schemes, and these are subject to stringent FCA rules and protections, whilst investors will have recourse to the Financial Services Compensation Scheme in the event of failure.

Protections are usually lost upon transfer outside of the UK whilst actually the money remains invested in equivalent or worse investments (in our experience of the many cases of complaints that we hear about).

Some offshore salesmen promoting QROPS as an investment solution live in a parallel universe where they claim to make world stockmarkets behave differently in QROPS than they do if the same funds are used within UK pension funds. Think and behave logically, if promises of bigger returns can only be achieved by moving to a QROPS then why hasn’t the entire investment industry moved offshore out of the UK and the USA? It hasn’t!!

The reality is that if funds are invested in any market, then they are doing as well as, or as badly as, a pension fund in or outside the UK. The reference to “poorly” performing UK pensions that are subject to higher regulation, government oversight and scrutiny is completely misleading.

Those offshore advisers that are properly regulated and experienced will provide advice based on reality and not scare tactics. So for Money Purchase Schemes the statement your pension is at risk is a MYTH.

Pension Deficits are in the news, as has been BHS recently, and they are cited as reasons that your pension is at risk. Some concerns are true and real.

The story about BHS is actually more about an individual who clearly has acted in a way that people are concerned. However, for any pension expert in the UK, they would immediately refer a client with a small pension transfer of less than £100,000 to the government backed Pension Protection Fund which covers bankrupt schemes. Why do they do this? ….read on…..

Pension Deficits – what are they?

There is a common misconception that each member of a final salary scheme has their own fund. They do not, but they can ask the trustees to provide a buy-out figure from the scheme, a Cash Equivalent Transfer Value. The whole scheme may or may not be funded, may or may not have a fund, but irrespective of this the members are provided a guarantee linked to future benefits. Smaller benefits are covered almost fully by protection which is often ignored.

Measuring of a pension deficit is laid down by the regulator and is designed to test the ability of the trustees to match all their guarantees for all the members on a set date every 3 years. The measurement is prescriptive and is altered not only by fund values and, more importantly, bond yields but a range of information and it works on the basis as though the scheme had to pay all its obligations (future guarantees) out as of that date. Of course, unless everyone is planning on retiring this is a false premise. It has been argued by unions in the past that when a scheme is fully funded 100% that the trustees should actually increase pension benefits, which would immediately take into deficit again! Most Schemes are run in a slight deficit with no potential damage to the members.

Many overseas advisers do not understand what a pension deficit is, how it is calculated, when it is calculated and know nothing about the protections in place such as the Pension Protection Fund. Instead deficits becomes a salesword used alongside the additional line that “your pension is at risk” if you do not move it, usually to a QROPS. However, even when there is a genuine concern like the BHS scheme, the consideration has to be first and foremost the size of the scheme, the size of the individuals pension pot and the existing protections in place and other cheap UK pension products before a QROPS.

In effect, the effects of deficits are overstated to worry expats into moving a pension. We have even heard one “overseas expert” using the name of Robert Maxwell as a reason to transfer; not only is this 30 years out of date but it is kind of ironic, as rules and protections discussed in this piece were actually put in place as a result of fraudsters like Robert Maxwell.

If all the members retired on the same day, all being 60/65 at the same time, and pension deficits have been calculated at 85%, then people’s pensions are not lost necessarily at all! There may be a reduction in the promised pension and maybe the Pension Protection Fund may be called upon. Is it likely everyone will retire on the same day? Is this scenario likely? In most cases it is theoretical deficit and not real.

People’s pensions are rarely at risk in the UK, but greatly at risk outside in things like a QROPS; if you question this, look at all the action groups springing up in Spain; listen to the problems of people in places like Cyprus and South Africa who have lost much or all of their pension money after moving to a QROPS.

Of course, every decent adviser recognises that sometimes a scheme member should transfer out, and deficit may be one part of the equation, but there are other important factors like size, risk attitude, intentions, benefits, protections in place and so on.

The Pension Protection Fund pays up to 90% of a failed pension and often pension deficits do not mean the pensions cannot pay the full pension up to PPF limit of £37,420 ( ie very substantial pensions ) for those in retirement. Small pension deficits in isolation used as a reason to transfer a pension is a MYTH in the vast majority of cases and a deficit can only be considered once the attitude to risk of the client has been established.

Outcome – Partial Myth – The pension deficits in the press are giving rise to a considerable amount of poorly informed opinion and decisions; they are a convenient sales angle used to concern clients into taking an action that may not be necessary as other options including cheaper UK pensions should be considered, or leave small funds where they are; ironically transferring to a QROPS could put people’s funds at more risk with less protection than if they left pension funds in the UK.

There is no correlation between the use of a QROPS and pension deficits, and one does not assist the other, and should not be sold as the only solution. Once guaranteed benefits are transferred they are lost.

When we are asked to examine QROPS transfers that have gone bad and lost money (weekly in our experience so bad is the problem), then usually this is about 3-5 years after a transfer. When we review the final salary scheme that was transferred out of, due to pension deficits, we find it is still running without problems! Therefore in the vast majority of cases justification based on pension deficits is a MYTH.

Additionally, remember, the UK has many Double Tax Treaties that allow for the pension to be paid gross from the UK which can be a huge benefit to countries such as South Africa, the USA and many others.

This article was published in 18th November 2016