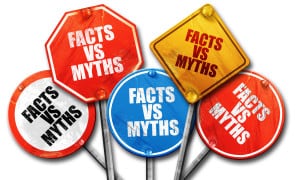 Some QROPS websites encourage people to move their pensions to be moved from the UK into a QROPS, referring to the fact that QROPS do not force you to buy an annuity.Every week we will look at the most popular reasons, often cited as 10 Reasons to use a QROPS by overseas websites for moving a UK pension to a QROPS, one by one. How many of these reasons for moving to QROPS are valid?

This is our ninth article and today we focus on the advertised use of QROPS under the guise that “QROPS do not force you to buy an annuity”. – is it a fact or myth and why are QROPS preferred over UK pensions?

The benefit implication, by stating that QROPS do not force you to buy an annuity, is assumption that people have to buy an annuity under UK rules. To avoid the purchase of an annuity people are advised to move their pension money outside the UK, into a QROPS. Is it a justifiable reason for removing a pension from the UK to possibly less-regulated jurisdictions, with lower consumer protection and higher fees?

While they provide an income (annuitised) for the member in retirement, the income is often paid from the pension fund- not as the result of a purchase of an annuity. Sometimes, older schemes may buy deferred annuities but that is not the member buying an annuity.
In this case there is no compulsion to buy an annuity, the UK pension trustees do not force you to buy an annuity at all- neither do QROPS trustees. While the marketed statement is correct, it is only telling you half the story. We should would mention that an analysis of Defined Benefit Final Salary schemes should only be undertaken by a UK IFA if valued at over £30,000. An non-UK firm without FCA permission cannot provide advice in any case.

Many years ago members of personal pensions, SIPPS and company money purchase pensions had to use their pension fund to buy an annuity in retirement, but this has not been the case for a long time. Pension legislation in the 2011 Budget removed the rule forcing all members of registered pension schemes to secure an income, usually through buying an annuity, by the age of 75.
At the time the “alternative secured pension” rule was removed which was the alternative to  buying an annuity at 75. On death there was a 82% tax charge applied to this part of the fund but this has also subsequently been revoked.

Unfortunately, many offshore websites that promote QROPS do not mention that there is no longer a requirement to buy an annuity at any time in the UK. Even worse, the suggestion that QROPS do not force you to buy an annuity is almost always combined with mentions of high death taxes (the abolished 82% tax on death after 75) or Inheritance Tax (the abolished 55% tax on death, and also the 1 year transition of 45% tax that has also been abolished).

We have previously discussed these taxes, which are often erroneously referred to as Inheritance Tax on pensions and you can find this information here
Why are so many websites suggesting that a UK pension is somehow an  inferior pension, referring to outdated rules,  and that only a QROPS does not force you to buy an annuity?
The answer is probably commission, in order to secure a sale, or it may be that the advisers are not aware that they are simply years (up to 5 years) out of date.

As offshore adviser knows that an annuity provider may pay a commission of 1% of the purchase price as a fee, whereas the same adviser can earn 7%, and up to 12% or more, commission if the funds are transferred to a QROPS. The commission is taken from the clients’ pension savings.

There may be genuine reasons for considering a QROPS but “QROPS do not force you to buy an annuity “is not one of them!

There is no need to buy an annuity in the UK and any website outside of the UK that does not make that clear is misleading pension investors.

It is worth pointing out that annuities still play a valuable role in pension planning. They provide certainty and better rates for those that are single, in poor health or elderly. They are often an essential tool for specialised later life planning as people enter old age and have specific income requirements that rely on a certainty of income, not provided by flexible pensions. They can also be used as part of a solution, as solutions can always involve separate options.

Remember, a annuity also pays an income for life, poor investment and high charges may result in the pension being wiped out in the early years- meaning poverty in retirement ( We have seen this on a number of occasions )

This is the ninth article about 10 Reasons to use a QROPS- the facts and the myths and we will be publishing more soon
The views expressed in this article are not to be construed as personal advice. You should contact a qualified and ideally regulated adviser in order to obtain up to date personal advice with regard to your own personal circumstances. If you do not then you are acting under your own authority and deemed “execution only”. The author does not except any liability for people acting without personalised advice, who base a decision on views expressed in this generic article. Where this article is dated then it is based on legislation as of the date. Legislation changes but articles are rarely updated, although sometimes a new article is written; so, please check for later articles or changes in legislation on official government websites, as this article should not be relied on in isolation.

This article was published 18th January 2017