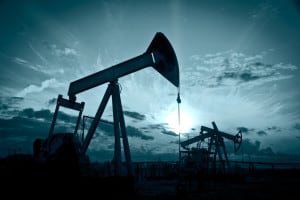 QROPS in the UAE

Contrary to what many websites state when they extolled the virtue of QROPS in the UAE, it is not the QROPS that decides the way the pension is taxed during retirement but the Double Tax Treaty between where the pension is held and the residency of the retiring expat*

There has been little mention, and the cynical part of me thinks this is no accident, of the existing Double Tax Treaty between the UAE and the UK

This became effective from 1st January this year, and the taxation of pensions is mentioned within Article 17

“….. pensions and other similar remuneration paid to a resident of a Contracting State shall be taxable only in that State.“

This means that you pay your tax (if any) in the UAE, so what of moving to a QROPS to avoid tax?

One of the popular QROPS jurisdictions is Malta and this has been heavily used by advisers selling the idea of QROPS in the UAE . Malta also has a Double Tax Treaty with the UAE as can be seen from this list .

The taxation of pensions is mentioned within Article 18

“……pensions and other similar remuneration paid to a resident of a Contracting State in consideration of past employment shall be taxable only in that State.“

Can you see a similarity?

In fact they now both have the same provisions, meaning that there Is no income tax advantage at all for a QROPS in the UAE, for anyone that takes the pension while resident there, over a pension in the UK.

In other words, post the March 2017 budget, the issue of taxation of 25% on transfers to a QROPS in the UAE is only a significant issue for advisers who have been selling QROPS as a product rather than as a solution. Indeed the loss of QROPS is not really an issue for the majority of expats, despite what is being written elsewhere, as they can actually leave their pension in the UK for much the same benefits (indeed increased benefits since April 2015).

Those that have  a QROPS in Gibraltar will notice there are no Double Tax Treaties with anyone and so little chance to offset or claim tax back from income in retirement.

Furthermore, since the vast majority of expats do not retire in the UAE*, then a QROPS in the UAE may have been the wrong  advice anyway and anyone with a QROPS may be well advised to review this. Better products, lower costs, cleaner investment funds ( no commission ) , better regulation and the new Double Tax Treaty make the UK pension (often referred to as a SIPP although this may not be necessary for smaller funds where more competitive options may be available) the clear frontrunner for expats in the UAE.

Then again, it probably has been since April 2015 in truth

This article was published on 15th March 2017