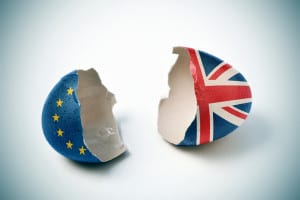 Brexit, expats and pensions have been headline news in March 2017 for two significant reasons.

Why would Brexit have anything to do with pensions at the best of times, but specifically what is the connection between Brexit, expat and pensions?

Gibraltar and the EEA rules is the answer and this could end up costing pension holders a lot of money in the future depending on negotiations. For example, UK expats in the EU may be approached to transfer their UK pensions to a QROPS within the EEA- namely, Gibraltar and Malta to avoid a 25% tax charge. However, how long will Britain and Gibraltar stay in the EEA?

This makes it higher risk than other alternatives. Additionally, given the lack of Double Tax Treaties that Gibraltar holds, one wonders whether this option is going to be worth consideration by most expats ( there will always be some advice-based solutions that would allow for Gibraltar but the new 30/70 rule, confirmed in April 2017- probably limits them ).

The Government on 30th March confirmed that Brexit included leaving both the EU and the EEA.

If we consider the situation where someone transfers a pension to an EEA state while being resident in the EEA, no OTC is payable.

But, what if the expat returns to the UK within 5 years? At the moment, no one knows what will happen over the next two years and so this is a real possibility for many.

If the expat returns to the UK, being a non-EEA country, will that cause them to lose 25% of their transferred pension to the OTC?

However,  it is not the end of the world if an expat transfers and finds that a return to the UK is unavoidable. The OTC is not applied on a transfer back to a UK registered pension within the 5 year period, even if the member then moves back to the UK after that or off to another non-EEA country.

Of course, the costs of moving a pension, to and fro, will be expensive and perhaps it would have been better if it had remained in the UK in the first place!

This article was published on 3th April 2017