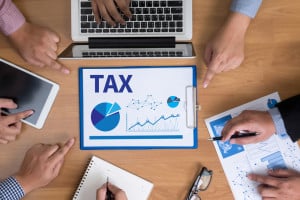 The Budget 2017 announcement about the changes to QROPS was unexpected but perhaps not unsurprising, given the misuse of QROPS as a tax planning product by some quarters of the non-UK adviser community.

To us, it appears that the “QROPS Budget 2017” has left a few loose ends to ponder which we will update on Blogs as they become known.

The main concern is for people taking a QROPS in one country, and then retiring in another. As most expats are internationally mobile, rarely staying on one country for life, this has a major impact.

Consider, as an example, an executive that moves to mainland Europe with a large UK pension. He has no intention of returning to the UK and is close to the LTA with nearly £1 million in his pension. After taking advice, he moves his pension to a QROPS in the EU. All seems fine till the CEO promotes him and sends him to the Middle East. A higher salary, better conditions and more responsibility would appear to be great. But, let’s look at what is in the Budget-

UK tax charges will apply to a tax-free transfer if, within five tax years, an individual becomes resident in another country so that the exemptions would not have applied to the transfer

What will happen to our mobile executive and will he have to forego almost £250,000 of his pension to take the promotion? Our reading is that it is highly likely he will have to pay 25% in tax, but it is unclear how that will be applied and on what amount, the original transfer or current value.

Who will have the responsibility of reporting and retaining any tax (as it is not the client) if the client moves abroad but does not mention it to the adviser or the QROPS provider?

There appears to be a contradiction with Double Tax Treaties. The “QROPS Budget 2017” states-

Payments out of funds transferred to a QROPS on or after 6 April 2017 will be subject to UK tax rules for five tax years after the date of transfer, regardless of where the individual is resident

Does this override the provisions of a Tax Treaty? If someone is resident and retiring in a country, where the QROPS is based, and has been resident for many years, how will this be applied in practice?

One can only wonder at the head-scratching at QROPS providers today as they consider how to deal with the pre and post April 2017 reporting requirements.

Is the Isle of Man included in the HMRC definition of EEA? The Isle of Man and The Channel Islands are normally deemed to be outside of the EEA. Both jurisdictions have offered QROPS.

Switzerland is not part of the EEA, and so no-one in Switzerland should consider QROPS outside of the country (not Malta, Gibraltar)

Brexit will likely lead to the UK and Gibraltar possibly being  no longer being part of the EEA and so should anyone hold a QROPS in Gibraltar moving forward unless they live there?

Brexit also means that the current ruling on HMRC allowing EEA transfers without tax up front is only likely to remain until negotiations have concluded, at which point the 5 year rule will likely apply.

Interestingly, should the UK be outside of the EEA  and someone with a QROPS returns to live into the UK within 5 years, the QROPS ceases to qualify for the tax exemption and, on first reading, 25% tax would apply on the fund!

We expect more to become clear over the next few days and since the deadline for new QROPS applications has passed, for these new rules, there is no point making any knee-jerk reactions until the landscape becomes clearer.

This article was published on 9th March 2017