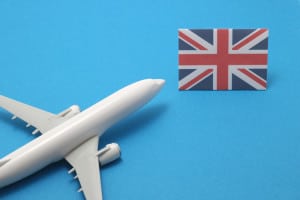 “As announced at Spring Budget 2017, the government will legislate in Finance Bill 2017 to apply a 25% tax charge to pension transfers made to QROPS. Exceptions will be made to the charge, allowing transfers to be made tax free where people have a genuine need to transfer their pension, where:

If the individual’s circumstances change within 5 tax years of the transfer, the tax treatment of the transfer will be reconsidered. The changes will take effect for transfers requested on or after 9 March 2017.

The government will also legislate in Finance Bill 2017 to apply UK tax rules to payments from funds that have had UK tax relief and have been transferred, on or after 6 April 2017, to a qualifying recognised overseas pension scheme (QROPS). UK tax rules will apply to any payments made in the first 5 full tax years following the transfer, regardless of whether the individual is or has been UK resident in that period.

The QROPS Budget 2017 rule marks the end of non-EEA pension transfers in most cases with a few exceptions ( Australia and New Zealand retirees for example ).

Our concerns remain as to the term “genuine”. Should not all QROPS transfers be genuine?

James Pearcy-Caldwell has provided several quotes to journalists today, “With regard to HMRC mentioning “genuine” this is a warning shot that they view QROPS as potential tax avoidance. Under GAAR(General Anti-Avoidance Rules), as has been proven again and again in the last few years, that means that previous QROPS transfers could be challenged by HMRC possibly through the courts where they feel it was tax avoidance rather than “genuine”. The devil will be in the detail.”

Further, HMRC has suggested there is room for them to apply tax within 5 years, as well as adjust tax if the exceptions become valid within 5 years.

In an interview earlier today, James Pearcy-Caldwell told Kirsten Hastings at International Adviser, “Without looking at the finer details that will no doubt become more apparent in the coming days, it is clear that QROPS will no longer be a viable option for many outside of the EU – with a few exceptions.”

“If you consider previous rule changes and this new announcement, Qrops are now very much a second class option compared to UK pensions.”

It is essential that people living outside the UK, and especially outside the EU “should only take advice from UK regulated IFAs that work with a local adviser in the country of residence of the client and now the Qrops”. In essence if you live in places such as South Africa or the USA (just two examples) then your advisers should be UK regulated and working with locally regulated advisers in South Africa or the USA. We see it as dangerous if this is not the case as non-regulated advisers are unlikely to be covered for advice they offer, not subject to regulation and are unlikely to be specialists or knowledgeable.

For most with UK pensions, a UK solution will remain to be the most viable option as we have stated for some years now in the Aisa Group and within TailorMade Pensions.

Remember too, that there is a proposal to remove QROPS from the list of the Right to Statutory Transfer too.

We will update this as we digest the news about QROPS Budget 2017.

QROPS outside the EEA area are unlikely to be a good option for anyone with a fund of less than £1,000,000 thus ruling out 95% of UK pension fund holders.
Not all schemes included:
According to International Adviser the following is true:
Exceptions to the charge will apply to allow transfers to be made tax-free where people have a genuine need to transfer their pension, including when the individual and the pension are both located within the European Economic Area.
HMRC cannot tax these transfers under EU freedom of movement of capital rules, but post-Brexit this will not be the case and HMRC will likely shut this down as well.
Other exceptions include:

According to an HM Revenue & Customs (HMRC) paper, the 25% charge ensures that transfers to Qrops will be taxable unless they fall under the exceptions outlined above. The tax charge will be deducted before the scheme administrator or scheme manager makes the transfer.

HMRC also said the change widens the scope of UK taxing provisions so that, following a transfer to a Qrops on or after 6 April 2017, they apply to payments out of those transferred funds in the five tax years following the transfer.

This is regardless of whether or not the individual is resident in the UK.