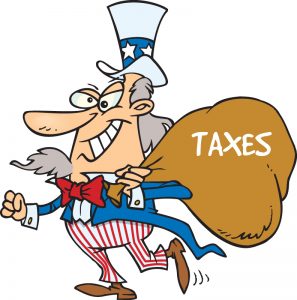 Further to our last blog about QROPS in the USA,  we would like to talks about the potential consequences of USA tax on QROPS. Many having been persuaded of the supposed tax advantages of transferring a British pension to a third country such as Malta. Those that have QROPS in the USA should have been advised to take locally competent tax advice to see if they had enough foreign tax credits to offset any potential tax charge by the IRS. We would recommend a review .

The transfer of a UK pension to a QROPS is not treated by the IRS as an allowable rollover for tax purposes. Why do with think this? Well, apart from getting a professional tax opinion, the Treasury in the USA has made it quite clear. Let’s look at this further

Whether an individual who is a resident of the United States may rely on the parenthetical language in Article 18(1) of the US-UK income tax treaty to make a tax-deferred rollover distribution from a UK pension to a US retirement plan in circumstances where the distribution would qualify as an ‘eligible rollover distribution’ within the meaning of Section 402(c) (4).

No. Nothing in Article 18(1) of the Treaty overrided the requirement that the distribution must qualify as an ‘eligible rollover distribution’ within the meaning of section 402(c) (4)

In 2011. The Department of the Treasury went further  and specifically singled out Malta as an example of a third country. The relevant paragraph says-

Well, recent action by the SEC  seems to have brought this to a head and this brings up two issues-

If you care about your retirement and have genuine concerns about USA Tax On QROPS , then come and talk to one of the fastest growing and highest rated advisers specialising in this area; us! You can come and have a confidential discussion with us if you have a QROPS in Malta and you need an independent review. Please read our US tax residents and the QROPS debacle .

This article was published on 5th July 2018