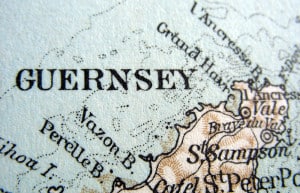 The Financial Ombudsman in any jurisdiction, such as those governing Guernsey QROPS,  gives those that have taken advice from a regulated entity in that jurisdiction some comeback in the event of a complaint that effectively goes to arbitration.

The primary role of CIFO is to resolve complaints about financial services provided in/or from the Channel Islands of Jersey, Guernsey, Alderney and Sark

Is this good news for many that now have realized the advice to move to a QROPS in the Channel Islands was either substandard or, in some cases, resulted in catastrophic losses?

Probably not, for many.

One of the main QROPS jurisdictions was Guernsey and many expats moved their UK pensions to Guernsey QROPS. Often these were placed into expensive insurance wrappers with unregulated funds or high risk products that both ended up in substantial losses.

In April 2012, HMRC removed Guernsey QROPS from the HMRC list and now it is not possible to transfer UK pensions going forward for the time being. The existing schemes are still able to continue as QROPS.

Therefore, as the door was effectively closed, those advisers that sold inappropriate pension investments via Guernsey were no longer able to do so.

Can the CIFO help those that feel that they have a justifiable complaint for the advice prior to April 2012?

No, they can’t. CIFO will not look at any transaction to a Guernsey QROPS prior to 2nd July 2013.

Given that the problems experienced by expats are likely to relate to dates prior to 2013, the new CIFO offers little comfort.

This article was published on 23rd February 2017