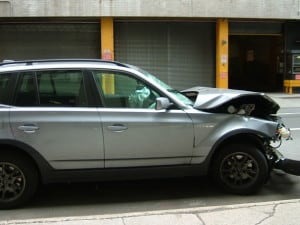 I have just been looking at the website of a firm of  regulated fee-based wealth managers in Hong Kong. A well-known firm, good reputation, experienced and properly authorised to give advice to the public .  I noticed a sentence on their website that make me think.

Authorisation or regulation by the SFC does not imply official recommendation.

This firm is regulated and authorised by their regulator (SFC) and the firm told me that, although this is an SFC requirement, they also felt the public should not just rely on this as a recommendation of their services and wanted to highlight that good advice is not solely linked to being just regulated or authorised. It should be noted that many sites do not meet this requirement.

So it got me thinking about all those claims made on overseas financial adviser websites. While an ethically run, well regulated and authorised firm goes out of its way to downplay its sole significance- what about others?

Last year in the UK there were over 197,000 reported accidents involving injury or death. People that caused most of these will largely have passed a driving test, have a licence and hold insurance. After an accident police will have attended the scene and made a judgement on what happened.

Does a licence alone imply official recommendation of the driving skills of the licence holder?

I am sure the police would take issue with any suggestion that it does!

While this may seem an odd parallel, one should not assume that a regulated and authorised financial adviser has a guarantee of quality from the authorities. It is the just the first step of the investors’ due diligence, but;

Don’t get me wrong, a firm that displays that it is regulated and authorised to provide advice is no bad thing. But many firms appear to give the impression that that is all the consumer needs to know. It is not!

A firm that says “You can trust us because we are regulated” is not being totally altruistic.

Don’t judge a car by its outside appearance, lift up the bonnet and have a good look at the engine.