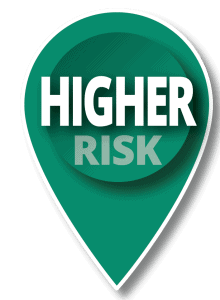 Cash in your Pension

Cash in your pension and use the money NOW, scream the adverts, and give your loved ones access to funds when you are gone. It sounds attractive doesn’t it, especially if it is from scheme where a future pension income is “locked up”. Why wouldn’t everyone do it, surely it is a no-brainer? Well, funnily enough, there are some very good reasons to consider the status quo that the “Cash in your pension” internet adverts fail to mention.

Have you met someone aged 75 forced back to work, forced sell their home, forced to mortgage the children’s inheritance or to borrow off family and friends? Well, we have and invariably they are fit and relatively healthy but their nice relaxing retirement has turned into a nightmare resembling a financial prison!

Recently, the regulator in the UK, the FCA, conducted interviews with the public and discovered that many do not understand the implications of taking tomorrow’s pension funds today! While it may seem attractive to cash in your pension, it is clear from the FCA, that:

*This final point may give the impression of personal control or extra flexibility, as far as provision for the future is concerned, but it seems driven by advertising slogans which dwell on the lack of trust in pensions historically (sometimes from 30 years ago).

Cashing in a pension may leave you with Income Tax to pay if you take more than 25% out of the fund, and that income tax will be applied as per the double tax treaties where you live. New rules, imposed upon trustees, ensure that taxes are paid on transfers linked to QROPS from April 2017.

Funds in a pension are not liable to personal Capital Gains or Income Tax, but funds outside a pension usually are. Even investment bond funds pay taxes internally, and many countries do not recognise investment bonds, especially within other wrappers such as QROPS and tax them according to their rules!

Pensions are usually free of Inheritance Tax, contrary to adverts. In many countries (not all) they are are subject to wealth taxes.

Cashing in a pension will result in the funds being added to your house and other assets when assessing Inheritance Tax or wealth tax limits. It also removes the pension fund protection for bankruptcy and legal action. This may seem unimportant until you get sued for something, or indeed another country imposes financial sanctions.(Yes, we have seen this in reality and pension funds in the UK are pretty much untouchable, whereas investment bonds in an individual’s name or even in trust form part of an estate in many cases for many years).

The FCA has reported  on the problems stemming from the new Pension Freedoms.

There will be fallout from this FCA report and criticism of how pension freedoms may have disadvantaged many that did not take advice, or were given poor advice, or indeed mis-led by “cash in your pension” adverts that dwell on access for the now.

This fallout probably could have been avoided if the Government had taken the trouble to listen to the pension profession’s warnings over the last few years, including our own voice.

Given the complexity of the rules since Pension Simplification in 2006 and Pension Freedoms in 2015, investors should always try and take advice from a suitably regulated and qualified adviser – ask for evidence.

Indeed, if the advice is unregulated, then you have often have no protection if things go wrong.  Otherwise, without protection, you will just join the many thousands of people who have lost money and now campaign retrospectively, these people are often retired but forced back to work.

Our message, don’t believe any website that sells the concept of cash in your pension and lists several reasons for so doing. They are doing it to earn up to 10%(or more) commission from your fund, and have no interest in your future whatsoever.

This article was published on 18th July 2017