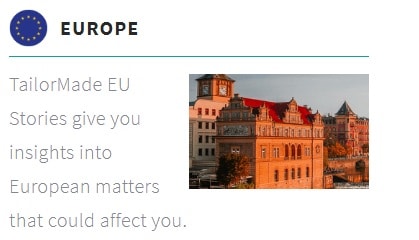 Since Brexit the subject of British citizens retiring in the EU, and the new hoops they have to jump through as they are no longer EU citizens, has been a discussion point on many social media platforms as well as in the mainstream press.

A British citizen, currently not resident in the EU,  wanting to visit or stay in the European Union will have to adhere to the 90/180 rules that apply to third country nationals.

This means a UK citizen must limit their stay in the EU to 90 days out of any 180, unless they have agreed permanent residency status in a European Union country.

However, this does not mean that British citizens should give up on their idea of retiring in the EU.

The fact is that British Citizens Retiring in the EU still can.  Countries in the EU have different financial requirements for residency/retirement visas and UK citizens that are not fortunate enough to have good occupational/private pensions , but still have a full UK State Pension, may well find that they can meet these requirements in some countries. A recent article in International Adviser covered this and so we thought we would highlight the financial requirement of the countries within the article.

Minimum financial requirements for British Citizens Retiring in the EU

British citizens retiring in the European Union can separately consider providing evidence of financial resources to help an application- for example, in some cases, where capital meets an income multiple requirement in its own right.

Finally, there are Golden Visas awarded where you can agree to invest into a business, or buy a property and automatically meet a retirement requirement or even be granted citizenship. We will write a separate article about just this.

If you are planning to move to an EU country, it is always a good idea to take financial advice before making a decision. It is better still to take advice from organisations that have cross-border licences and qualifications. We have organisations both regulated in the UK and the EU (various countries) and we are licenced and qualified to the highest investment standard. Come and talk to us.

This article was published on 25th August 2021