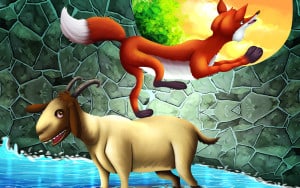 The HMRC QROPS list is to be suspended on 1st June 2017, further to an update on the HMRC website

From the date of the new HMRC QROPS list, there must be a system of personal pension regulation in the jurisdiction where the QROPS is based.

One of the assumptions is that HMRC require time to check the schemes all comply. There has been a suggestion of a cull, but that is speculation that may or may not be true.  However, given that a cull is possible, is it a good time to transfer to a QROPS at the moment?

The suspension coincides with the new regulatory requirements and HMRC’s  website  states…..

From 6 April 2017 how a scheme satisfies (passes) the regulatory requirements test will depend on whether or not it is an occupational pension scheme.

To continue our historical theme, further to our blog referring to the riddle of The Sphinx , I would compare the suspension of the HMRC QROPS list to Aesop’s fable about the fox and the goat. From this fable came the everyday phrase, “look before you leap”

Until the new HMRC QROPS list is released, one may be best advised not to start the transfer of a UK pension without being sure what is on the other side of 5th June.

This article was published on 25th April 2017