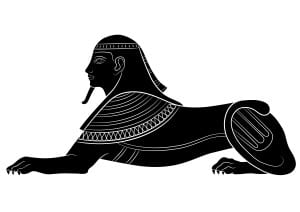 A recently published document has warned expats needing financial advice that live in Spain, Canada, France, Dubai and Australia to be extra vigilant, as these are main centres where many with UK pensions plan to retire.  Many retire overseas to the USA, and so we  would add the USA to that list -based upon our own experience.

The plan to retire overseas raises questions above and beyond those asked by those retiring in the UK. One example is the freezing of the UK State Pension in payment for those living in one of about 100 countries. This does not include EEA countries, as those retiring within the EEA can expect to receive increases in payment. What happens after Brexit?

So advice needs to be sought not only from advisers, but also accountants and maybe even soothsayers who read the future!

There is the old riddle of the Sphinx “What walks on four legs in the morning, two legs in the afternoon and three legs in the evening?“ The answer being Man as an analogy of their lives; an infant crawls on all four, a child/ adult uses two legs, elderly man uses support like a walking stick (I guess Zimmer frames came later or the riddle would have finished with 6 legs). And the stages of life are mirrored in retirement.

The way the money is spent is crucial as those that have pensions , that have no guarantees, are able to select the income they take. In fact, they now have total freedom to do so. With freedom comes responsibility, and there is a real danger of depleting the fund that would lead to poverty later on.

On the other hand , those in final salary schemes get the highest income just as they die. This is because the pension income will have had annual increases from the start of retirement. The elderly often spend less as they get older (for those lucky enough not to be in a long term care with all the costs involved) but there is no flexibility to alter this, even though the higher income may have been needed earlier.

Then again, flexibility  has to be balanced with the certainty of income from such a scheme.

There are a lot of spinning plates to think about.

There are also tax considerations and the double tax treaties  that affect income, as well as currency variations. Ultimately, there is the distribution of pensions and assets on death that also needs to be planned for.

No one knows when they will die,( although perhaps there is a gap in the market for the Nostradamus pension that allows people to choose the date of death- not legal yet! ), and these leave two key planning issues for those they retire overseas-

Choose your advisers carefully, ensure their licences cover the advice given . Make sure your adviser is happy to work with other professionals (such as local accountants and lawyers). Those that plan to retire overseas need to be aware that, unlike the UK, there is little regulatory protection for those that are given poor advice in retirement.

Look at the many message boards and complaint groups to understand the perils of poor advisers (who often claim to be regulated and protected but turn out to be nothing of the kind).

The day after this was posted, a good article appeared in the Times, covering the issue of sustaining a pension.

This article was published on 21st April 2017