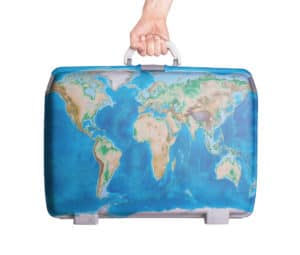 A British expat query, from those that have contributed to pension schemes in the UK, is often about the possibility of continuing to contribute to UK pensions while outside the UK.

The answer is ‘It depends’. If the British expat still has relevant UK earnings, then ongoing contributions are still possible. The limit being the greater of £3,600 pa ( gross ) and 100% of their earnings up to £40,000 pa.

However, it is usually the case that a British expat does not have UK relevant earnings and is just taxed in the host country. In these cases, the British expat will only be able to receive tax relief on personal contributions of up to £3,600 gross pa for five full tax years following the tax year in which he/she moved abroad.

Before Becoming a British Expat

Even if the British expat does not have relevant earnings, is it worth setting up such a pension with relatively modest levels of contributions for only 5 years.

Further, as UK tax relief would apply on the contributions, the initial £18,000 contributions would have only cost £14,400.

Given the extremely good value of lower cost UK personal pensions, this should be given consideration.

This article was published on 15th March 2018