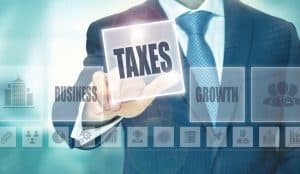 If you wish to access your QROPS in less than 5 years then there can be issues. I was recently advised of a case of someone accessing a QROPS within 5 Year of non-UK residency and the problems it caused.

British expats with UK pensions or those that worked in the UK, having acquired a private/company pension, have been heavily targeted by offshore salespeople selling QROPS.

While all the supposed glowing attributes of QROPS are highlighted to help with the sale, there are usually a number of important facts that are not mentioned- typically, all the fees, the regulation of the funds, a genuine reason for a transfer and what could happen upon accessing funds. We will look at the issue of access.

The case I am referring to related to an expat that moved to Spain and was advised to transfer to a QROPS. It may be relevant to you if you intend to access your QROPS after transferring.

She accessed a large amount of the fund while outside of the UK and returned to live in the UK- all within 5 years. She is now facing a colossal Income Tax bill from HMRC- yet she thought that as she was tax resident in Spain that HMRC would not be interested.

She is facing BANKRUPTCY.

There is an anti avoidance wording in ITEPA 2003 s.574A which can hit a pension saver even if there was no intent to avoid tax. This occurs when someone withdraws flexi-access pension payments (note- not the PCLS) during a non-UK residency should the non UK residency not exceed 5 years.

ITEPA 2003 s.576A(2) states that any “relevant withdrawals” are to be treated under foreign pension tax rule as if they arose in the year of return and s.576A (7) specifically overrides any double tax treaty.

A Relevant Withdrawal is an amount (other than an annuity) which the member is be paid from the member’s drawdown pension fund or flexi-access drawdown fund. If the amount exceeds £100,000 as a withdrawal then delving into the detail of that payment will determine if the QROPS holder is liable to UK Income Tax.

QROPS can be useful, especially for larger funds nearer or over a £1 million.

However, they are not always the panacea that they are held out to be, especially for smaller funds. If you are within 5 years of being UK resident or plan to return to the UK to retire, you really need to take tax advice if you want to access your QROPS ,as well as advice from appropriately qualified and regulated, transparent advisers.

This article was republished on 8th February 2019