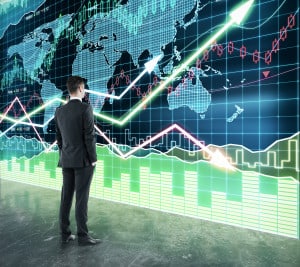 For offshore financial advice things started to change in 2015 with pension freedoms introduced, but what has probably killed ROPS (QROPS) outside of the EU is the latest tax charges imposed in the 2017 budget.

Phil Hammond’s 25% charge on overseas pension transfers is the latest in a series of UK gov’t measures that, taken together, and alongside new overseas regs in many jurisdictions, are hitting expat-specialist advisers hard.

To understand the way forward for international advisory firms, one should begin with the premise that a long-term strategy for success in this sector shares many characteristics with that of other basic types of business.

In other words, there is much to be learned from successful – and unsuccessful – businesses, whatever the sector. Businesses that failed, and then succeeded, and vice-versa, can be particularly instructive.

Take the collapse into bankruptcy in January, 2012, of Kodak, a company that had been founded in 1888, and which, for most of the 20th century, held a dominant position in the global photographic products industry.

To an outsider, Kodak’s failure was brought about simply by a worldwide technological shift towards digital photography and away from that which was based on film. In fact, though, Kodak’s managers were fully aware of the advantages of digital technology over film-based photography systems, and early-on, the US-based company even owned some key digital camera and printing patents.

What did for Kodak in the end, it’s now understood, was that its board mis-identified what the purpose of their company was, and chose to attempt to protect its dominant position in film-based photography products.

Whereas in actual fact, the true purpose of Kodak, at least as the market saw it – which for a profit-making entity is everything – was as a provider of the equipment necessary to visually capture and record a moment in time.

From the market’s perspective, whether this was done digitally or with film was irrelevant, and all that mattered to the end users was the ease, cost, and quality of the results, however achieved.

Had Kodak’s managers realised this, and that their business model would have to change and become more efficient – as digital meant reduced profits and increased scalable servicing – they might have developed their own digital cameras, using the technology they held patents for, and in doing so, managed to keep their business afloat, and possibly even retaining or regaining its place as market leader.

Returning to the international financial advisory sector, it’s clear that some independent financial service expat firms have made, and continue to make, a similar error to that of Kodak’s directors.

Their boards have continued to focus on their role as sellers of financial products, even as the marketplace, everywhere (though admittedly at different speeds), has moved, or is moving, on.

As with Kodak and digital cameras, these old model advisers are well aware of the alternatives, but nevertheless cling to the business model that, at least until now, has enabled them to achieve and maintain a  dominant position.

While no one expected Philip Hammond to take the action he did on 8 March, there is no doubt that QROPS had already begun to get an increasingly poor reputation in the market, falling into the classification of “a product to be sold” rather than that of “an advice-based solution for the few”.

Alternative options for clients were too often being ignored, as QROPS fuelled the trustees’, bond providers’, and advisory firms’ requirements for high fees, which in many loosely-regulated territories were often hidden.

Back in the 1990s in the UK, as some readers may recall, there were no qualification requirements, little regulatory power, and the market was full of opaque products loaded with high commissions, and advisers mis-selling regular premium savings plans and pension transfers.

It was around this time I entered the industry, and saw the first firm I joined – which I left not much later – ultimately collapse as a result of unrelenting complaints and an inefficient business model, even as its management continued trying to retain its out-dated existing model rather than accepting the need to change.

It didn’t stop there, of course; the pension and bond companies themselves went bust (remember Equitable Life, the AIG bail-out, Precipice bonds?) or shut down. Nearly every large commission salesforce went under within 10 years of 1996, most with reputations in tatters, and complaints still circulating to this day.

Do I see this happening in the expat world?

It depends on the territory in question, and consumer awareness. The ubiquitous 1% ongoing trail is largely accepted as a given overseas, without any servicing set-up, or focus on the client – and this trail is the one difference I see from the UK in the late 1990s, where it simply did not exist.

However, firms such as mine charge for optional service levels. Typically we charge a quarter of that, or 0.25%, for the type of service most competitors offer to their expat clients.

Advisory salespeople, meanwhile, typically go about using the word “transparency” without fully understanding what it means – which is that it doesn’t just apply to pricing, but to explicit value of the product or service on offer as well.

Over time, consumer awareness of transparency and value in the offshore world will eventually, inevitably, lead to competition on the 1% trail. For example, if passive funds are selected, and no reviews undertaken, should any consumer pay more than 0.25%, in an efficient scaled business model?

As for what this might mean for commission-driven salesforces, it seems that these will begin to disappear. It’s particularly inevitable in the European Economic Area (EEA), where MiFID 2, coming into force next year, will have a huge impact on commission-driven adviser firms and bond companies in particular. Why? Because clients will be sent earnings and commission breakdowns post sale – along with cancellation notices they will be entitled to fill out and return for between 14 and 30 days.

EEA QROPS may appear to have been given a reprieve by the Chancellor, but trustees are about to have to register with HMRC, and take on fiscal responsibilities not dissimilar to America’s unpopular and cumbersome FATCA regime, with real consequences. Many well-intentioned trustees will accept this, but the writing is on the wall for the less scrupulous trustee and adviser firms, which will have to modernise their business models to remain viable.

Just like those Kodak managers in the years and months leading up to the company’s bankruptcy filing, too many expat financial firm bosses  have been focusing on the wrong thing.

The time is approaching – depending on which jurisdiction they happen to be in – where they are going to have to decide as to whether to throw their cash piles at sustaining their business through a costly  metamorphosis; take their existing business model to a still less- regulated territory, and try to hang on a little longer – or just quietly walk away, possibly returning to the UK, as we’ve seen some do already.

Their clients, many of whom thought they were signing up to receive an ongoing service when they agreed to buy an investment product from them, are about to be “orphaned”, probably in large numbers around the world, as QROPS product sales and insurance companies quietly withdraw.

How much better for them and their advisers it might have been, had these expat advisers, instead of rushing to transfer a pension scheme that was perfectly fine, for the time being, in the UK, focused on accommodating their clients’ genuine needs – for example, in the area of a well-suited mortgage; protection insurance; school fees planning, and/or their retirement.

It is a matter of some pride at Aisa that our income over the past year that we derived from transferring UK pensions into overseas schemes  represented less than 1% of  our total turnover – even though advising British expats who have UK pensions represented 34% of our business.

Instead of commissions, we obtain the income we need to keep the lights on in our offices and our staff fed and housed by charging fees, which are cost and value based, calculated utilising a non-cross subsidised basis following UK RDR principles.

To us, this is proof, if any were needed, that a viable business model does exist for the increasingly transparent, regulated, post-QROPS advisory world.

The views expressed in this article are not to be construed as personal advice. You should contact a qualified and ideally regulated adviser in order to obtain personal advice with regard to your own personal circumstances. If you do not then you are acting under your own authority and deemed “execution only”. The author does not except any liability for people acting without personalised advice, who base a decision on views expressed in this generic article.
This article was published on 24 January 2017