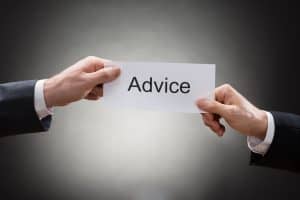 Much has been made about the amount of cash accessed early and many are unaware of the MPAA  and how accessing a pension at 55 will substantially limit tax relieved contributions after that. Unless appropriate pensions advice had been taken, then some will get a surprise if they want to continue contributing to a pension.

Raising of the State Pension Age to 67

While the raising of the State Pension to 67 in 2028 is probably reasonably well- known, there is another issue attached to that that may not be so well-known.

Hidden in the Executive Summary is this paragraph-

‘The government will increase the minimum age at which people can access their private pension under the new tax rules from 55 to 57 in 2028; the change will apply to all pension schemes aside from those in the public sector that will not link their normal pension age to State Pension age from 2015, namely for the Firefighters, Police and Armed Forces.’

This was a decision made as a result of the consultation, but there has been no clarification from the Government about the link to maintain a 10 year gap between State Pensions and private provision (incl  private sector final salary schemes). Fears are that this intention will not become a public communication until too late for some and, again, it pays to take pensions advice.

While most would be best advised not to access pensions before retirement, that option is available. Some who are currently under the age of 45 may be planning to access funds at 55 while being unaware of the proposals.

I have seen final salary scheme trustees provide estimates of benefits at 55 that may, due to the proposals, not be able to be paid until 57. How many people under 45 are getting illustrations for personal pensions to age 55?

How would the proposals affect QROPS?

Currently, the earliest access is 55. In fact, many are sold specifically mentioning access at 55. But how many offshore salespeople highlight the 2014 Consultation Document?

While the only reference to QROPS was in relation to taxation, surely the minimum retirement rules would involve transfers to QROPS.

The government recognises that the changes to the pensions tax rules outlined in this chapter will have implications for the rules relating to Qualifying Recognised Overseas Pension 13 Schemes (QROPS). The government will consider these implications further to ensure that the rules relating to QROPS are appropriate when the new system comes into force.

Those under the age of 45, that are looking to access pensions at 55, really need to start thinking about bridging the 2 year gap that is looming and assume that the minimum retirement age will really move to age 57. Take pensions advice to bridge this gap in the assumption that the minimum age of retirement will be raised to 57.

This article was published on 7th August 2018