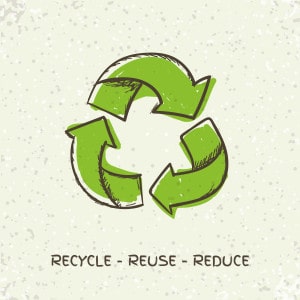 The Finance Bill 2017 has been trimmed down somewhat due to the proximity of the election.

The opposition and the Government agreed to drop any contentious measures in order to see it through and on 25th April 2017 there was an update.

There are two areas within the Finance Bill 2017, that I want to cover, that could impact upon expats with UK pensions.  I will mention this again at the end of this blog, but expats should be very careful when dealing with non-UK advisers and really need to check them out.

The provision for the 25% Overseas Tax Charge remained, it was hardly likely to be contended by the opposition as its primary aim was to stop abuses.

The changes to the Money Purchase Annual Allowance ( MPAA ), the anti-recycling measure to stop people drawing from money purchase schemes and reclaiming large amounts of tax relief, was delayed.

Although it was supposed to be reduced from £10,000 to £4,000 pa, the delay has caused some confusion. A delay is not a change of policy but then a new Government may or may not choose to enact the delayed policy. If it does, I guess one should assume it is back-dated to 6th April 2017 but the £10,000 limit is still valid as at today.

What has any of this got to do with expats anyway? Those longer term non-UK resident individual with UK money purchase schemes cannot benefit from tax relief!

Well, given that offshore advisers are now targeting expats with the sale of SIPPs and that many of those may return to the UK as a result of Brexit- or for other reasons- there could be an issue to consider.

Those that are close to 55 are often told a benefit of a SIPP is the ability to take an income at 55. If that is the plan, and the expat returns and triggers drawdown then the MPAA will apply. Many of these people will continue to work in the UK and will want to fund additional pension savings.

The MPAA applies for the tax year in which an individual first flexibly accesses money purchase benefits, and for all subsequent tax years. Events which trigger the MPAA include flexibly accessing money purchase savings. It is critical that members understand the impact of the MPAA when deciding how to access their benefits, as the implication on their future pension savings may not be immediately apparent.

The new limit of £4,000 pa, when introduced, will heavily impact on the rebuilding of pension savings for those that were not aware of what would happen if the offer of early access was taken.

Given the clear lack of knowledge about UK pensions by those selling offshore, to the potential returnee, this is a problem that may affect many.

Choose you adviser outside of the UK carefully, UK pensions are complex and there is more to it than just a movement from pension A to pension B .

This article was published on 21st April 2017