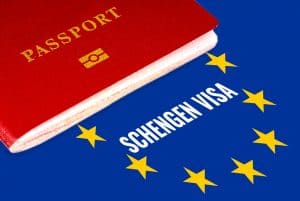 For those people who currently live in the Schengen Zone within the  EU, but still have close connections with the UK, then Brexit could throw up a googly! This is about Expats, Residency and the Schengen Zone – Know your facts!

What Are The Current Rules?

For those that do not need a visa to visit the Schengen area, the 90 days out of 180 days apply. In other words, someone visiting for a cumulative 90 days within any 180 period, which can involve more than one trip. Unless some of us are blessed with holidays over 3 months, visiting a Schengen country is not going to be an issue.

Those that do need visas will have a visa for a specified period for Schengen that may be for more or less than 90 days.

What Are The Consequences Of Overstaying Your Welcome In Schengen?

The simple answer is ‘not good’!

An overstayed visa never goes unnoticed. The immigration authorities have registered in their databases every person that enters and leaves the Schengen, and every overstay, even just for a day, is recorded.

Whether intentional or unintentional, no overstaying is left unpunished. It could be a fine, immediate deportation or even mean getting banned from entering the Schengen Zone for a specific amount of time.

So, Why Am I Bringing This Up?

The reason is Brexit, the UK will immediately become a third country for whom the above rules will apply from 30th March 2019. There may be a transition period after this before any rules are enforced.

Those on holiday in the Schengen Zone will probably have no issues and, although there is talk of a holiday visa, it has been suggested that that requirement could be removed subject to a satisfactory agreement between the EU and the UK. However, the exemption from a visa may be on the basis of  ‘Stays of no more than 90 days in any 180 day period’.

As things stand, I can see two groups of UK citizens that could get caught out by this rule. Many retired UK citizens have second homes and spend considerably more than 90 days out of 180 days within such places as Italy, France and Spain- all in Schengen. Will they have to leave after 90 days and not return till the end of the 180 day period?

What about all those expats that are still registered as UK resident, I am told this could be a substantial number, that live in expat hotspots(Spain is a prime example) in the Schengen Zone? If they do not register as a resident in that EU country, surely they are in danger of exceeding the 90 day rule and risk being prevented from returning for a period of time? If their only home is in the EU state, what will they do? Will they be subject to removal from that state?

What Is The Solution?

Well, at this stage, no one really knows. For those expats that have not applied for permanent residency in their host state, I would strongly recommend you do so as soon as possible. This will secure your rights to stay and live in that state and, applying now, may avoid a last minute rush if others leave it to the last minute. You are likely to need to apply for an EU driving licence, it should be a simple process for a UK national, resident in the EU state, up until 29th March 2019. After that, I have heard that it may be possible to use the UK driving licence until 31st December 2020. From then on, many may find that they have to take the driving test again in their host state.

There are two certainties in life; death and taxes and the latter may catch you out if, for example, you have been living in Spain for more than 6 months in a year. You should have applied for local tax residency anyway .

In 2017, HMRC introduced a statutory requirement requiring UK taxpayers to disclose non-UK tax liabilities under the RTC rules ( requirement to correct ) and the deadline is 30th September 2018.

Not only is there the risk of removal from Schengen after 3 months , a failure to register for tax locally and settle with HMRC may compound your problems.

Of course, some reading this will shout ”Project Fear”, and there may be some deal that removes some/all of these issues for UK citizens in Schengen. I would prefer to say ”Project Pragmatic” and advise people to make plans in any event.

This article was published on 17th September 2018