Outside the UK, until April 2015, there was no requirement for a non-UK adviser to provide a transfer analysis based on UK requirements. This often meant a  transfer analysis being provided without taking into account the charges (something that was illegal in the UK) and so many thousands of expats will have moved their UK pensions without any real idea of the current UK pension  position and the impact those undisclosed charges will ultimately have on their pensions, nor of the guarantees given away, nor even the real cost of the advice they have received. The ubiquitous 1% is often quoted, when it is complete nonsense! This is a ticking time-bomb.

Since April 2015, any expat that is considering transferring a UK pension from a funded final salary scheme can only do this if a UK IFA with pension transfer permissions provides a transfer analysis. However, this can lead to a UK IFA refusing to sign off the transfer if the pension transfer analysis shows that the investor could be worse off as a result of the transfer. Unfortunately, some overseas advisers are being assisted with “sign offs” by third party connections,  usually associated with the trustees that will benefit from the transfer; really not good!

What is a transfer analysis?

In its simplest form, it is a set of calculations and assumptions that indicate how hard a transferred UK pension fund will have to work if it is to match the guarantees being lost. One of the key indicators of a transfer analysis is the Critical Yield- showing the annual return the funds would need to match the existing benefits. Additionally, such a transfer analysis should also show how the funds need to perform in retirement to ensure the fund does not get spent too early. There are many other factors that need to be taken into account but the transfer analysis is the starting point of any recommendation. 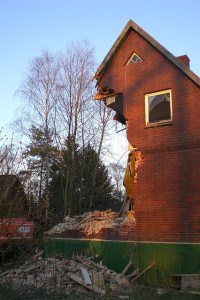 Depending on the work involved, the cost of a transfer analysis can be a few hundred pounds, but can save literally thousands for the consumer. It is similar in many ways to a structural survey of a house that can also cost several hundred pounds,  but no-one would buy a house without knowing that it was safe to buy.

Anyone using a mortgage to buy a house will have to provide a survey to the bank. Anyone buying an expensive older property for cash would not hesitate to pay for a survey before parting with their money.

What happens if the survey results are bad?

The bank would decline or reduce the mortgage offer. The cash buyer would try and reduce  the asking price or walk away. In both cases, the feeling would be that the survey was money well spent as the relatively small upfront cost could have saved tens of thousands of pounds or even more than that!

The transfer analysis may also produce a result that was not expected that could potentially identify a large shortfall of many tens of thousands of pounds if existing pension guarantees are given up. Since pension funds are similar in size to house values in many cases, surely the cost of the transfer analysis should be seen as good value even if the advice is to leave the pension alone.

The transfer analysis offers a sort of insurance policy against making a costly mistake, often driven by the hype of the offshore salesmen looking to get a chunk of your pension. Remember, these people will be long gone once you discover the real cost of the advice given all those years ago.

A transfer analysis may work out to be one of the best investments you ever make.

Since publishing this blog, this issue has now been picked up by Money Marketing-  International advisers are struggling to keep up with new pension transfer regulations

The articles says “International advisers are struggling to keep up with new pension transfer regulations, citing high fees and a reluctance from UK advisers to form partnerships.”

This tells us two things, that many offshore advisers are not equipped to deal with the high level of expertise  needed to advise on this subject  and it shows a failure to disclose that proper fee based financial planning is significantly LESS expensive than the no-fee/high commission advice model offered to expats. There are only a handful of firms that have all the right qualifications, licences and experience to provide expats with the pensions advice they need and expats should avoid the offers of free financial advice as the real costs are hidden