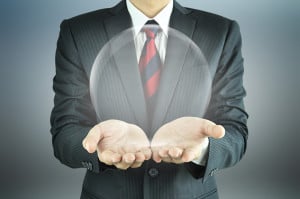 Transparency as part of financial planning is something we have talked about before .

For those, like me, that started in the finance industry in the late 1980s, moving abroad to provide advice to expats was like Déjà vu. Around 2000, the practices that were either banned or frowned upon in the UK were prevalent in many countries. This was not helped by a lack of enforcement or proper regulation. However, over time, I have witnessed the offshore industry outside the UK and the USA, starting to move to a more professional advice based service. My focus is the EU though.

Most recently, regulatory and legislative changes have focused on changes to pension advice, altering the way such advice is delivered.

By 1993, all UK regulated advisers needed to hold all three parts of the Financial Planning Certificates. While this was only an NVQ level three exam, it introduced a recognised qualification that remained the minimum benchmark until the end of 2012. However, unfortunately, many that left the UK to advise expats still refer to this as “Qualified to UK Standards” .

The PIA (UK regulator at the time) released a Regulatory Update on 1st January 1995, the New Product and Commission Disclosure Rules. For the first time, investment and insurance products had to provide clients with details of the commissions the advisers would receive and the effects of charges on any investment, This was really the start of transparency. Something that, 22 years later, some elements of the non-UK advice sector are still fighting against.

As of the effective date, 1 November 2007, it replaced the Investment Services Directive (ISD)

MiFID retained the principles of the EU “passport” introduced by the Investment Services Directive (ISD) but introduced the concept of “maximum harmonisation” which places more emphasis on home state supervision.

If a firm performs investment services and activities, it is subject to MiFID in respect both of these and also of ancillary services (and it can use the MiFID passport to provide them to member states other than its home state). However, if a firm only performs ancillary services, it is not subject to MiFID (but nor can it benefit from the MiFID passport).

Under the RDR, financial advisers, and providers of online investment platforms, must charge their clients upfront fees for the services they provide, rather than accepting sales commissions from product providers. This change was intended to remove the risk of “commission bias”, whereby supposedly independent financial advisers, and fund platforms, push those products that earn them the most commission, irrespective of suitability. Commission payments have been identified by regulators as a factor in several UK mis-selling scandals, from endowment policies to personal pensions.

RDR introduced a minimum professional level of qualification to practice in the UK, raising the bar substantially. As a result, many left the industry or went to work for non-UK advisers. The old Financial Planning Certificate was no longer enough and advisers had to meet a new NVQ level 4, diploma standard. This is now the “Qualified to UK Standards”  that expats should be aware of.

Consumers now have much more freedom around how they use their UK pension from the age of 55.  This means they have the option of taking their pension savings as cash and/or buying an annuity (or other income generating guaranteed products that may emerge), and/or using pension drawdown but without any limits applied.

This was a consumer protection matter not designed to help or speed up transfers but to avoid issues that Australia experienced when they brought in their equivalent of “Pension Freedom“.

Consumers with a pension fund  that was guaranteed, and had a fund  above  £30,000, needed to obtain advice from a regulated UK adviser with pension transfer permissions . In the case of Defined Benefit transfers that adviser has to have G60 or AF3 qualifications, and the advisers often have to sign a separate declaration to the ceding trustees that they are qualified and have “reviewed the pension“ and offered advice. However, it is not a declaration that the adviser has recommended the transfer, and this has led to a new consultation paper from HMRC about preventing scamming, released in August 2017.

The Overseas Transfer Charge was introduced by the UK Budget. This was clearly introduced to prevent some of the abuse of the QROPS rules by the non-UK market.

Essentially, the investor must be in the EU if transferring to a QROPS in the EU or be resident in the country co-located with the QROPS itself and not change residency for 5 complete tax years. Failure to observe these rules will result in a 25% tax charge on the transferred fund- payable by the trustees.

On 3 January 2018, Europe will see the update to the Markets in Financial Instrument Directive (MiFID II) and the accompanying Regulation (MiFIR) comes into force. Focusing on core principles of the creation of fairer, safer and more efficient markets, this arguably is the broadest piece of financial industry legislation ever and has the potential to significantly change market structures.

Building on the rules already in place, these new rules are designed to take into account developments in the trading environment since the implementation of MiFID in 2007 and, in light of the financial crisis, to improve the functioning of financial markets making them more efficient, resilient and transparent.

Packaged retail and insurance-based investment products rules dictate how investment platforms and insurance bonds, among other investment packages, are to be sold to EU investors, and stipulate that  Key Information Documents, or KIDs, must be provided for each chosen or recommended underlying investment fund or entity. Such transparency has not been available to consumers before this in most of the EU.

As set out under the new PRIIPs rules, KIDs will be uniform disclosure documents that provide standardised information about PRIIPs in a way that is designed to give retail investors sufficiently clear, comparable information on the range of products available. All fees will be clearly identified and sent to investors, who will be able to see the true costs of the product for the first time in many cases.

This is just a snapshot of the ever-changing landscape of financial advice in the UK and the EU. There is a long way to go as there is still no requirement, to date, for transparency of fees and commissions outside of the UK and no standard minimum qualifications. However, the winds of change  are being felt by adviser firms across the EU and beyond and such transparency can only be a good thing for the consumer.

This article was published on 25th August 2017