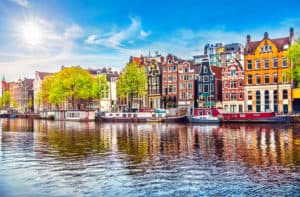 The Shell Pension Scheme, the non-UK scheme being the Shell Overseas Contributory Pension Fund, seems to have  become a target for pension scammers and poor advice. We outline some simple guidelines and our opinion below.

Due to the high-skilled level of employees, and the high levels of pay enjoyed by the employees, significantly large benefits are built up over time in the SOCPF. When people leave Shell, they are offered transfer values  that are often significant in value- several hundred thousand to a few million pounds in value.

It is not surprising then, that some expat IFA websites target those with benefits in this Shell Pension Scheme (SOCPF). Given that insurance bonds can pay 7% or more in commission, the rewards for the advisers are huge. Not so great for the pension scheme member.

Additionally, as the scheme is not in the UK, there is no problem with the Lifetime Allowance  and the Overseas Transfer Charge  – So, no tax issue to worry about?

Think again if you lived and worked in the Netherlands!

In the Netherlands, taxable income includes the value of built up pension rights if the tax payer migrates from the Netherlands to a foreign country.

A protective assessment will then be issued by the Dutch tax authorities based on ‘preserved income’. Preserved income includes a built-up pension entitlements during the period of living and working in the Netherlands and where the employee pension premiums were deducted from taxable employment income and the employer premiums obtained relief from tax.

The assessment is increased by an amount of 20% revision interest on the taxable income calculated and is normally cancelled after the 10-year period, unless a forbidden transaction takes place within this period, including transferring accrued pensions. If the pension scheme member returns to the Netherlands within the 10-year period, the protective assessment is also cancelled.

A client took tax advice in the Netherlands where a client tried to challenge the assessment as he wanted to consider a transfer, being British and no longer resident in the Netherlands. The appeal failed and he was informed that if he were to transfer he would have had to pay over 600,000 Euros in tax and interest- this would be taken from the fund itself. The advice was to remain in the Shell Pension Scheme (SOCPF).

(We are happy to provide details of the Tax Adviser, should anyone wish to contact us).

We suspect that many expats, that leave the Netherlands, do not see this protected assessment since perhaps the mail is not forwarded on or the Dutch Tax Authority has not got around to sending one. We just do not know.

What we do know is that some may be sitting on a substantial tax time bomb, if they have transferred from the SOCPF, that may explode later.

For those that are thinking about transferring from the SOCPF, take tax advice before the transfer or you could be in for an expensive surprise.

This article was published on 7th December 2017