Cyprus is to attract foreign professionals and headquartering, with new bill for favourable tax arrangements.

The Cabinet of Ministers approved, on 10th May 2022, a new tax incentive scheme aimed at attracting foreign talent to Cyprus and encouraging international companies to relocate their headquarters to Cyprus.

Currently, non-residents of Cyprus who take up employment in Cyprus and are paid more than €100,000 per year can benefit from a 50% tax exemption in respect of their employment income for the first 10 years of employment.

Under the proposed legislation, the minimum required salary will be reduced from €100,000 to €55,000 per year, while the duration of the 50% tax exemption will be extended from 10 years to 17 years from the commencement of their employment in Cyprus.

A grace period of two years will apply for obtaining this benefit in cases where an employee’s initial remuneration starts at an amount below the minimum annual salary of €55,000.

This incentive scheme will also apply to existing employees in Cyprus, provided they were resident abroad for 12 consecutive years prior to the commencement of their employment in Cyprus. In such cases, a grace period of six months will be applied to achieve the minimum annual salary threshold of €55,000.

Finance Minister Constantinos Petrides said: “We are convinced that this scheme is one of the most competitive of its kind in the European Union. There is already a lot of interest, and it particularly concerns high-tech companies, which in recent years seem to choose the island as a place to relocate their headquarters.”

Petrides said he was confident that the scheme would further promote the development of the technology sector in Cyprus, which is an important strategic objective of the government.

“The employees and companies that will settle in Cyprus due to this programme will bring direct and indirect benefits to the local economy, while the administrations of international businesses are also encouraged to move their headquarters to Cyprus, thus creating a real infrastructure on the island.”

The attraction of Cyprus has always been there from an individual taxation point of view – but this has tended to mainly benefit those that live off pensions and investments – favouring retirees in most part. These exciting measures should attract a whole new raft of industries, as well as their employees to the country. Cyprus will attract foreign professionals by implementing such an action.

Additional measures are expected to be implemented to incentivise foreign talent to relocate to Cyprus e.g. personal tax residency for non domiciled individuals. These measures would make it easier for spouses of foreign employees to obtain a residence permit in Cyprus and have access to the local labour market. Petrides said a ‘one-stop shop’ would be created to facilitate the scheme.

Legislation providing for the proposed scheme is currently being reviewed by the government legal service prior to being submitted to parliament for debate.

Tackling the damage caused by covid

The new proposed tax scheme will be seen as a positive step in attracting new residents to Cyprus. The lowering of the income threshold will allow a new set of workers access to the country. Cyprus is a great place to be located for internet-based business with the central time zone and the wonderful climate that we have here.

Further information on these changes can be read here

Cyprus has been hard hit by the covid outbreak with a great deal of damage done to the tourism industry through the various lockdowns and the restrictions of movement of local residents – certainly harsher and longer than those imposed within the UK.

The Russian / Ukraine War has also had a large impact on tourism from those countries this year and has also affected those Corporate Service firms looking to assist with (mainly Russian) start ups. Whilst the government will have been considering these tax measures for some months the ongoing conflict will have surely helped them in making this decision.

The income tax revenue from those individuals moving to Cyprus on the proposed scheme will be reduced, with the hope and expectation that income will be spent within Cyprus in many other forms including; property rentals, car purchases, shopping as well as utilising professional services of companies such as ourselves along with accountants and lawyers. The government will still benefit from increases in revenue via areas such as VAT and the trickle down effect from these newcomers.

The move is also targeting Cypriot citizens who are currently living and working abroad by offering them the same benefits as their foreign counterparts in a bid to persuade them to repatriate. This will no doubt help reintroduce Cypriot nationals who have perhaps stayed in places like the UK and Germany post-university and encourage them to return to their homeland.

If dealt with properly by the various Government departments we believe that these measures will be a positive step in helping Cyprus grow its economy over the coming years and Cyprus will attract foreign professionals.

The views expressed in this article are not to be construed as personal advice. You should contact a qualified and ideally regulated adviser in order to obtain up to date personal advice with regard to your own personal circumstances. If you do not then you are acting under your own authority and deemed “execution only”. The author does not accept any liability for people acting without personalised advice, who base a decision on views expressed in this generic article. Where this article is dated then it is based on legislation as of the date. Legislation changes but articles are rarely updated, although sometimes a new article is written; so, please check for later articles or changes in legislation on official government websites, as this article should not be relied on in isolation.
This article was republished on 10th June 2022. 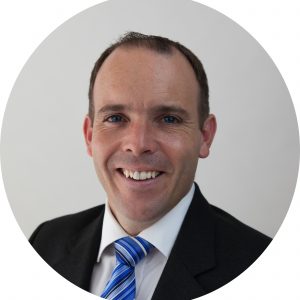 Lee has lived on the sunny island of Cyprus for the last 11 years. He is passionate about serving his clients to the best of his abilities to ensure that they have the best return on life, helping them plan to achieve the lifestyle that they wish for.