A clear Brexit Investment Strategy needs to take account in the short term of the two outcomes. The driving factors are fear of uncertainty, genuine concern over the future, fear of a missed opportunity, greed and then emotional reaction to all this.

Let me first state, the underlying investment strategy of Aisa is long only. We take a view of factors in the longer term and invest under that basis, rather than concerning ourselves with short term impact considerations. Of course, short term matters present an opportunity to either make a lot of money or lose a lot of money very quickly and so we accept the idea of a Brexit Investment Strategy in principle. 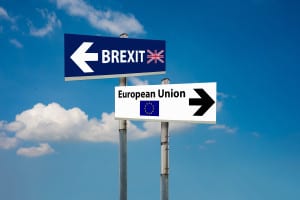 We absolutely accept that some clients will want to take a gamble and call the result. If they get it right they are likely to result in favourable gains. If they get it wrong then they may lose their whole exposure. However, to be clear, the referendum polls were 50-50 over the  weekend before the vote and so that also means the chances are 50-50 for anyone to make the correct call with a Brexit Investment Strategy. The vote will always pull back a little due to last minute fear having a factor, and so it is on a knife edge. It could well depend on which age groups actually turn out to vote!

We believe that fundamentally, apart from emotional factors such as fear, uncertainty and greed in economic terms that there will be no difference in the UK, EU and world economy on Friday 24th June morning. However, that may not be the way markets and currency will react.

In fact we can go further, and say there will be no fundamental changes for weeks and probably months. Nothing will fundamentally change no matter what the vote is, other than politicians will have a lot of discussion and negotiating to do for years and there may be further concerns about the EU as a whole. With the exclusion of Brussels, as witnessed in the last 8 months, we can now see all the negotiating will pragmatically be done between the heads of states of the largest economies, and we can also see that this negotiation is also likely to happen to a greater or lesser extent whatever the outcome of the Brexit negotiation. In other words the EU is going to be driven by heads of state decisions and is, in all likelihood, going to have to reform and this will be slow and tedious over a long period of time.

Therefore, my argument would be that much of the currency and market reaction is emotionally driven in the short term, and it is perfectly reasonable that people have concerns based on fear of the unknown now, uncertainty, genuine concern over the future, and fear of a missed opportunity. For those people it is perfectly acceptable to move a proportion of money to cash or gold, and for those who wish to take the gamble then it may be appropriate to consider risking a small proportion of their portfolio on a 50-50 gamble. We are not advising this though because, as I wrote at the beginning of the article, we are long only investors. Our portfolios were set up months ago to allow for the very fear and uncertainty that we are now experiencing and we have a diversified risk strategy covering not only equities and currency, but also other key asset groups including an element in gold for example. We built in a Brexit Investment Strategy some time ago.

For those who are thinking of dis-investing everything (going to cash), the issue will be that if the vote goes the other way than expected, then people will witness a massive opposite emotional reaction. For example, if someone is anticipating a vote Leave and is not invested, the bounce will be missed if the vote is Remain. Likewise, the opposite for expecting Remain and we actually vote Leave.

As long only investors we believe that our Brexit Investment Strategy is forward looking and, as no-one can predict the Brexit outcome or what will happen either way, we still believe that markets will recover within 18 months. As we do not speculate on short term views, this provides consistency.

For those of you who are currently in cash, or part cash, then the story is different. Again, the outcome will only be known at 5am on Friday morning and you need some kind of Brexit Investment Strategy. The markets will open sharply higher or lower. If you wish to take the gamble then we can invest your money on the Thursday, but we consider a sensible risk strategy is to await the result of the referendum.

If you do not invest your cash before at least Friday, then if the vote is one way (Remain) then markets will bounce and you will lose out on an immediate investment return bounce, but if you had invested under this basis and the vote was Leave, then you will avoid further short term loses which could be substantial. A Brexit Investment Strategy could be as follows:

Again, this Brexit Investment Strategy allows for our own method of long only investing which may not be what you like or want to be.

We believe the real gains in our portfolios are to be made over time, and not on Friday this week. If you do not wish to follow our advice and take the gamble before Friday then we would remind you there will be as many winners as there are losers and which side you fall on will be down to your decisions and accountability. We would also add, with markets so affected at the moment, that in general we believe- irrespective of any Brexit Investment Strategy- it will be a good time to buy into markets now for the long term, and a good time to be in the markets over the next 2 years. A Brexit Investment Strategy may almost be irrelevant in 5 years from now.