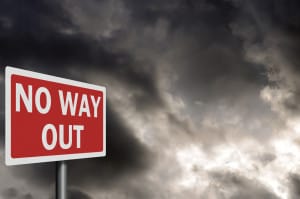 I have written this article, QROPS exit penalties, following a recent enquiry we received, combined with the recent UK Government proposals to ban excessive charges linked to the transfer of pensions within the UK ; we have previously campaigned for this type of ban when transferring offshore pensions, but we are yet to have success, and so QROPS exit penalties remain a problem. What should investors be aware of when transferring to a QROPS, and can this be addressed by the non-UK advice market?

Let me start with an example of the enquiry we had within the last couple of weeks (we receive tens of such enquiries per month, sometimes more – many we cannot assist). This particular individual has concerns his QROPS is failing to perform, and I opened the file to discover the often “standard set-up” of a QROPS with an offshore investment bond that had been running only a very few years. I examined the structure of the offshore investment bond ascertaining it had large surrender penalties, limiting what anyone can do to assist. As I read the file, I was wondering how best to bring up the dreaded QROPS exit penalties discussion.

The fees are not just the % he found in the small print of the offshore bond, but include a raft of others incl; Flat Management Charge, Early Surrender Charge, Administration Charges and Asset Dealing Charges.

He had been told that there was only the ubiquitous “1% per annum charge” that advisers, often unqualified, say it costs to run the offshore investment bond. However, after a couple of years or so, investors realise that there is something wrong. They reason that either they have not been given their investment performance in full or the offshore investment bond is more expensive than it first appeared. They often fail to consider at this stage any trustee fees, QROPS exit penalites that may be additionally suffered.

Many QROPS trustees, we have discovered, charge an exit fee which is often the equivalent to 1 or 2 years standard fees or a set percentage of the pension. Even when clients agree to the fees and wish to transfer, we have found some unscrupulous trustees fight tooth and nail to prevent the clients moving to another trustee, or indeed a more cost-effective product (trustee fees of the new provider being 1/7th in many cases). The trustees seek to conduct more “due diligence” on the advice to move away (nothing wrong with that) but when compared to the “due diligence” conducted on the original advice or investment, the trustees explain that they had no responsibility for previous actions of the unregulated adviser that they originally accepted as the professional adviser (a very dangerous argument for trustees to make). In one extreme case we have seen Guernsey based trustees starting to actually give “private advice” to the client over-riding that of the adviser, encouraging the client to do an internal transfer (no conflict of interest then).

We have also discovered in some locations, like Gibraltar or Guernsey, there is no real oversight of the trustees and no meaningful way of involving the authorities; although both jurisdictions in the last year have said they will do something about this as complaints mount up, and they argue that the oversight is now there.

However, even then, exit fees often have to be paid for on numerous levels such as a structured product, as well as an investment bond, as well as a trustee, and of course the new advisers fees.

Why is the investment bond Exit Fee so large?

The client may have been told there were exit fees in the early years, but not why. The reason for these fees is the claw back of commission paid to the salesperson (7% to 8% of the monies invested- and I have seen an exit penalty of 13.98% of the amount invested in the first year, and so I guess the commissions can be up to 10% on the bond alone). The investors only become aware of these unjustifiably large commissions later on. The shock of the size of the penalty to move to a better product then leaves the client with an uncomfortable dilemma.

Take the hit on the penalty now and invest into a low-cost, transparent product with clean funds and no hidden commissions or stay put with the far higher charges that make a huge impact on the growth. The client is hamstrung either way and will have to pay the fees now in one go or over the long term. Our Forensics Report  provides an analysis of the options.

To make matters even worse, the fund fees in these products are higher than other platforms and that also has an impact on the fund growth.

Treating Customers Fairly – but where?

QROPs exit penalties imposed by trustees, investment bonds, etc, fly in the face of Outcome 6 of the Treating Customers Fairly requirement of the UK regulator .

Of course, outside the UK, there is no such requirement other than in countries that often do not offer QROPS, or advisers are scared of working there due to regulation, and even the recent UK regulatory statements do not impact on QROPS exit penalties in other countries.

The future for QROPS Exit Penalties ?

After the Overseas Tax Charge on QROPS was announced there has been a switch from QROPS sales to the International SIPP . We are now seeing that these International SIPPs are being recommended with the same offshore investment bonds that will have the same exit fees as those sold with the QROPS.

Quick analysis shows that many International SIPPs  have higher annual SIPP fees and exit fees compared to a standard UK based SIPP. Given that these penalties on offshore investment bonds apply for  up to 10 years, and many people in their fifties are being sold them, one wonders what the trustees are thinking. Remember, one of the sales pitches is “access to the pension from 55”, so how can this be allowed or condoned for someone already in their late forties or early fifties?

So what happened with this recent client, his QROPS Exit Penalties?

I have tried to assist him and he has now had to go away and consider his options, all of which will cost him money. What he regarded as free advice, as he was told the “provider would pay the adviser”, has already cost him thousands. He has to make up his mind as to whether he will pay a further penalty, or soldier on with a high charging product that appears to have fees of almost up to 5% per annum.

We have all read stories, and read angry letters, about people having exit costs to change bank accounts, mobile phone networks, satellite TV networks and so on. But these costs pale into insignificance when you consider QROPS and exit fees often sold with offshore investment bonds with the complicity of unscrupulous trustees (By the way , there are many very good trustees that have concerns about the actions of others).

Only take advice from a transparent firm of advisers who ensure there are no exit fees on any investment product, allowing the client to move adviser, UK trustee and investment without cost in the future.

This article was published on 31st July 2017