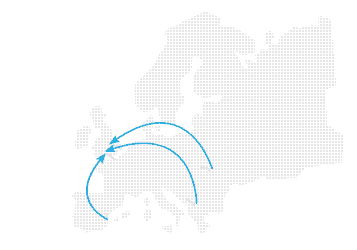 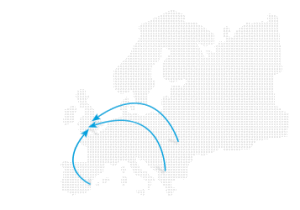 There appears to be some misunderstanding about how an expat has their UK pension taxed. This article briefly explains the interaction between UK pensions, tax for non-UK residents and the DTA ( Double Taxation Agreement ) that may exist between the UK and in the country of residence.

This article cannot cover every country and every jurisdiction so contact us if you have a specific question.

How an expat has their UK pension taxed

This misunderstanding about how an expat has their UK pension taxed is further compounded by a lack of understanding from some offshore salesmen that recommend transfers of pensions away from the UK into QROPS.

Do you avoid taxes by moving your UK pension away from the UK into commonly a QROPS?

No, in most case no additional tax is saved, and in some cases HIGHER taxes will apply than leaving it in the UK.

How do we know when it is beneficial to consider a transfer?

So, if I live in Spain or France I can take a higher tax free cash by moving my pension from the UK?

We are writing a whole article about this, but in essence NO, NO, NO. As we have already written How an expat has their UK pension taxed is down to also where they retire and not where the pension is based. Neither France, nor Spain, recognise the tax free status of the tax free cash and so will tax it. This is especially true of a QROPS which they do not recognise as a UK pension.

So, if I live in South Africa I can only avoid taxation of my pension from the UK by moving it to a QROPS?

Not correct. Due to pension freedom rules in the UK and the DTT with South Africa for most people the best thing I see to leave their UK pension in the UK. Some cases may still consider moving to a QROPS but they should be the exception rather than the rule.

So, an expat who wants to know How an expat has their UK pension taxed should do what?

This blog was prompted by a recent tweet from an offshore firm that publically stated “How much Tax will you pay on your Income when you retire? You will be taxed at the rates where your pension is held”

Surely, anyone reading that would think that HMRC apply tax for non-UK residents in all cases. The answer to How an expat has their UK pension taxed is not in this tweet!

A little more searching on the internet came up with other such examples. “Did you know that when you draw an income from your UK pension fund that HMRC may levy a 20% non-resident withholding tax?” That may be the case in some countries but not many and hardly any of the main countries that UK expats go to live in. An example of one country where people do have to be careful is Australia, and that is why we have set up a partnership with a firm regulated in Australia.

Do HMRC apply income tax for non-UK residents ( AKA expats ) on their pensions in the UK?

Well, that appears to be clear, if an expats want to check to see whether HMRC will apply tax for non-UK residents, then the Double Tax Agreement is the first thing to read.

We hope this article about How an expat has their UK pension taxed is helpful, so now look at other articles on this subject by looking down the list on the right. We have a specific article on Double Tax Treaties.

This article was published in February 2016